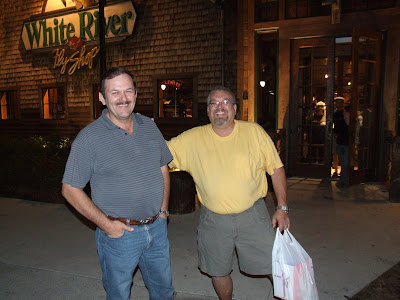 The battle of the Titans of Taney County ensued Saturday night near Bass Pro. While having a friendly discussion with Assessor James Strahan about how much your taxes are going to rise this year, Ron Herschend strolled out of the entrance of Bass Pro at the Branson Landing bearing a bag of bullets.

Back to the story - James Strahan was preaching the gospel of the evil state taking 3% from the citizens of Taney County stating a rise in assessments would be devastation. His battle with the state whom he says wants him to raise assessments by 15%, is a near certain loss for Taney County.

Just trivia since the case will be heard in front of a Cole County judge.

The one thing Strahan and Herschend agree on is that the county needs a $90 million dollar jackpot from Branson's prosperity via a 500 mil sales tax levy.

-----------------------------
SOLUTION
Since the Taney County Commission has such an attraction towards raising taxes and since they say they want to create economic development - I've come up with a solution so we can all start getting along.

1. Pull White River Historical Society Funding'"
2. No Mega Park Complexes until we can get a good handle on law enforcement and lower our rating as the "Meth"iest county in Southwest Missouri.

Let's take your ridiculous sales tax and rebate all property taxes in Taney County. You'd actually create another boom in the economy instead of pushing it as far as you can to see whether or not you can make it collapse. $85 million oughta do it! We can use the other $5 million to build another bridge. 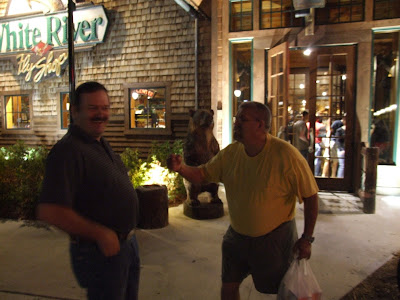