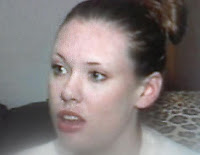 A 23 year old woman says that authorities in Christian County violated her rights when they would not allow her to have an abortion.

Summer Blackman was charged with possession of a controlled substance last year. When she returned to court to learn her sentence last week, she was locked up because she failed a recent drug test. Blackman wanted to have an aboriton, but authorities wanted to keep her in custody until a bed in a rehab facility could be secured.

Blackman had been in lock-up about six days before she contacted the American Civil Liberties Union this week. While Blackman was attempting to contact the ACLU on the phone at the jail yesterday, jail personnel told her over the intercom to gather her things because she was being released.

Blackman returns to court on November 2nd for sentencing. She says she believes that she will not go back to jail if she completes rehab. (Report Submitted by Kathee Baird)
Prepared by: Unknown