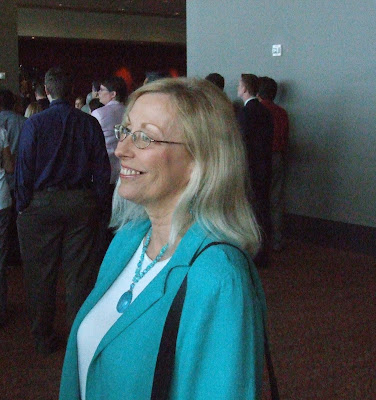 When Gannett closed the Springfield News-Leader Branson bureau Buckstaff found herself without a job.

After a week she started clearing out stacks of paperwork.

When I heard the city of Branson's contracts with HCW went into the trashcan I gasped.

She carries a great deal of our culture and history in file cabinets somewhere in Hollister (we share the same polling location and I always see her on election days).

When Buckstaff's phone stopped ringing she went into a state of shock. It was a double whammy - insider credentials pulled and bills starting to stack up.

The Chamber of Commerce clipped her off the free-market and she looked as happy as a bumblebee in a field of daisies snuggled in her new position. Buckstaff's job is to write positive stories about Branson. It's the kind she likes to write and said she was relieved to be on a 9 to 5 schedule.

She's relieved no more breaking stories will wake her at 2 A.M. - relieved faxes from an editor altering her written creation will no longer keep her locked down under the pressure-cooker.