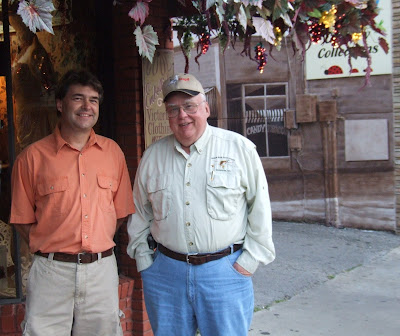 Mayor Raeanne Presley presence at the Historic Downtown Branson Business Owner's (HDBBO) Association meeting last night recieved a loud round of applause and thanks from merchants and came off as a community organizer (low quality film will be published later this afternoon). Alderman Sandra Williams was also in attendance.
Plans to create a Branson Starwalk, similar to the Hollywood Walk of Fame was one of the items discussed.

Gary Groman (seen above) covered the story for the Branson Daily Independent (finally).

-----
High-five to the merchants trying to make a difference in downtown. The community is behind you.
Prepared by: Unknown