Horse and Buggy Drive Through Starbucks Window in Downtown Branson 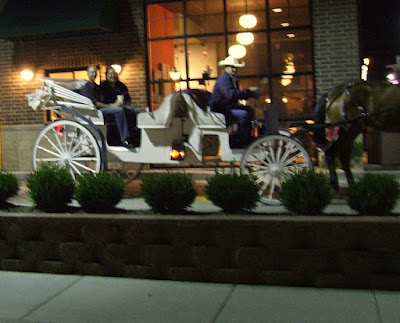 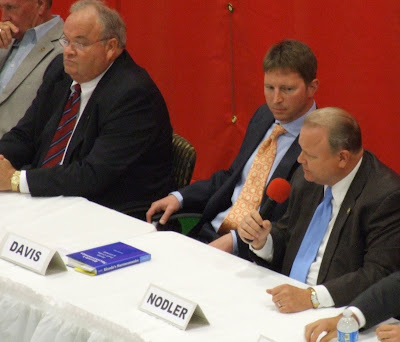 Davis's switch from Branson City Attorney to anti-tax protester confused Branson residents and prompted Presley to command distribution notification to media outlets through the city's communication director in a successful alert the public Davis's contract as legal counsel for the city had ceased. .

Davis challenged Presley's land development tax that put Branson's local real estate business in an uproar. Joined by developer / Western Taney County Commissioner Jim Strafuss, and political ally of Presley, Strafuss argued the $10,000 per acre fee was potentially crushing to Branson land owners. Davis followed up with, "This is an illegal tax in violation of the Hancock Amendment", unfortunately for Davis, Presley's sworn oath to the Missouri Constitution is one she takes lightly.

Proponents of traditional liberal values were not impressed friday night as 7th District Congressional hopefuls gathered in a crowd of under 100. A Democrat hasn't been elected to represent MO-7 in the US Congress since 1957. The slump has caused local Democrat bloggers to ponder the reasons behind the phenomena: (See Jim Lee and Harry Styron)

According to the Federal Election Commission (FEC), Davis hasn't raised significant enough funds to require a report filing. Davis is one of three candidates who didn't meet the minimum thresh-hold.

In contrast, Branson's school board race required disclosure from only one candidate, Elizabeth Farris suggesting she outspent opponents by at least 5 to 1 (30 day reports haven't been submitted), came short of victory earlier this month.

Perhaps, just to rub their noses in it, Davis pitched his book published by Oxford University, elaborated on his international recognition as an expert in economics and told the audience and the candidates where they could purchase the book. For the less fortunate in the audience, Davis instructed they could pick up a copy at their local library.

Davis was so compelling, Clay Bowler a local blogger, codenamed Bungallow Bill, admitted to purchasing Davis's book so he could learn about conservative wisdom.

An Ozark alderman said he was "shocked" when heard Davis was a democrat during his closing statement. Davis has taken a pro-life stance on abortion and says his number one focus in Washington D.C. is to balance the budget. Davis's Blue-Dog approach to politics has led some Taney County Democrats to rumbling. 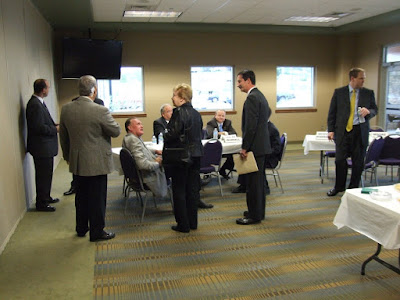 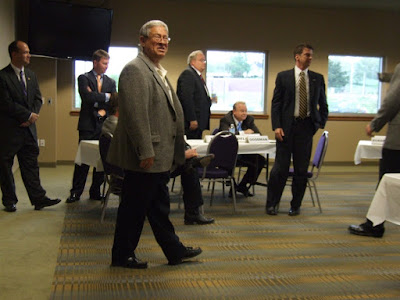 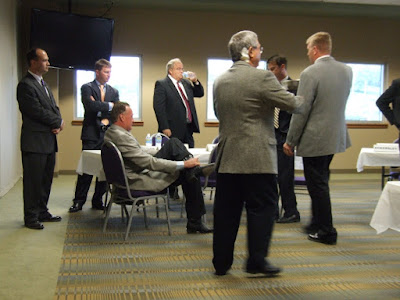 Taney County Commissioner Chuck Pennel is under investigation by the Taney County Prosecutor's office according to a report by KSPR.

The issue at hand involves a $12,315.25 check to an engineering firm in Arkansas that Western Taney County Commissioner wanted to review before issuing to ensure the business wasn't being overpaid.

According to KSPR,  Pennel wrote a check to the county for $12,315.25 before finding penance might come at a greater cost.

Branson Mayor Raeanne Presley' administration purchased land from Chuck Pennel in a matter that has generated some controversy in the community. Both Pennel and Presley have criticized the City of Branson's Landing waterfront development; however, it appears being adjacent to the project was worth a cool million as a rundown building was purchased by the city to Pennel's family - a sound investment for Pennel personally.

Exacerbating the situation, Missouri's 7th District Congressional hopeful Bob Schanz has pushed for an audit of the county with protest from the Taney County Commission. 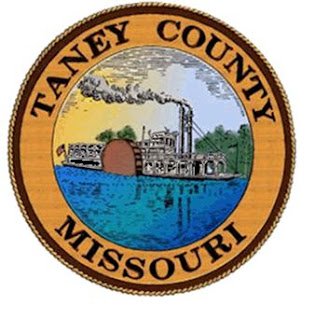 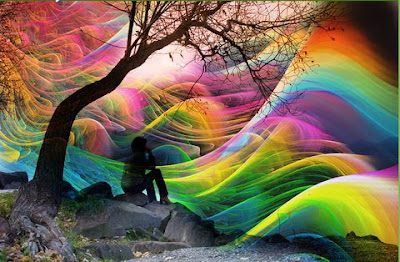 Sometimes you just want to look at pretty pictures. A couple of years ago I setup a photoblog which I'm now inspired to start posting to again. The Branson photoblog uses the monotone Wordpress theme. The format lets you navigate wholescreen photos/art with a click of a mouse. Each click moves to the previous blogpost in reverse chronological owner.
My newest blogdaughter VJ Smith specializes in business identity, corporate creative development and printing (unique business cards are her specialty). After experimenting with a variety of blog formats over the years, Smith has found solace on Duotone where she can breakout of corporate creative and share her experiments in digital design. .

You can view Smith's creative renderings at Digital Designer.

Missouri House Bill 2345, sponsored by Nita Jane Ayres reduces liability requirements for Travel Club companies.
Her seat in the Missouri House replaces former Rep and current Stone County Commissioner Dennis Wood who pushed stiff regulations on the industry in terms of gifting and increased the liquid assets required to conduct business in  the industry.
While the Time-Share industry offers title and guaranteed weeks the travel club industry promises discounts and benefits for membership fees. Wood's bill increased the recision time for buyers.
During an interview posted on Missouri Netizen, Ayres shares some of the background on the new bill, Missouri senators supporting the bill and why it's important for those not in the travel club industry.
Federal legislation has increased participation in local politics and strengthened the "behind the scenes" Republican party machine, traditionally weak in our area. Although Stone County is conservative, the unique circumstances of Wood's resignation placed party leaders in control of who was appointed to the spot in lieu of an election-at-large. Ayers will battle opponent Jeff Justus for the Missouri's 62 Congressional spot in August.
The travel company asking for the legislation gave contributions to Missouri Senator Gary Nodlers Senate campaign and in the last cycle contributed to Missouri Senator Jack Goodman's Congressional coffers.
Ayers is excited about learning the practical process of converting a legislative idea into law.

Email ThisBlogThis!Share to TwitterShare to FacebookShare to Pinterest
Labels: Missouri House of Representatives


Local defense attorney and organizer of the Branson Tea Party, Eric Farris, delivers the organizations platform as simply as possible via Dr. Suess.

Branson Citizens For Restoration of Democracy and the Abolition of Hypocrisy Respond;

I do not like Presley socialism
-Journalists bound put in prison.

I do not like these dirty crooks,
Neither how they cook the books.

I do not like her raising taxes on the poorest people backs.

Our Constitution is in stitches,
Lord save us from these lying bitches!

The Tea Party is a historical event as men of great courage stood against the tyranny of politicians-in-wigs stealing their life liberty and ultimately land. They wanted freedom and money - the event was mostly about money; which, in our society is both inhibitor and facilitator of freedom.

The Branson Tea Party has its own legacy to leave, but what is it? So far I've gathered it's a totally family friendly event of people who dislike Barack Obama and his policies wherever they are and wherever they may lead us.