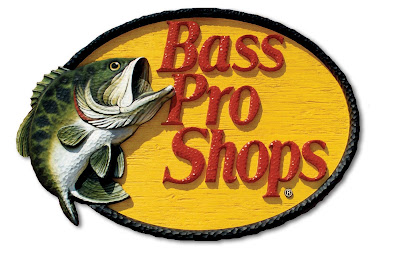 Branson, MO---October 11, 2007---(Press Release)The United States has lost 20 percent of our fish and aquatic populations and nearly 40 percent of the nation's native fish species are in decline. The top contributing factor to this decline is habitat degradation and loss. In 2006 the National Fish and Wildlife Foundation joined federal and state agencies, conservation and angling organizations, and Bass Pro Shops to establish the National Fish Habitat Action Plan to help reverse this decline.

In conjunction with the creation of the Plan, and with Bass Pro Shops as the first corporate sponsor, the Foundation launched the "More Fish Campaign" to help raise awareness and funding to protect, enhance and restore abundant and healthy populations of fish and aquatic species to our nation's waters. With funding from public and private partners, the "More Fish" grant programs invest in on-the-ground projects demonstrating innovative approaches to fish habitat conservation.

Table Rock Lake has been chosen as the first pilot project focused on reservoir habitats and the health of their watersheds. Bass Pro Shops has committed $1.5 million over the next 5 years which will be matched 2 to 1 by the National Fish and Wildlife Foundation and its partners including the U.S. Fish and Wildlife Service, the Missouri Department of Conservation, and Arkansas Fish and Game Commission, for a grand total of $4.5 million being put into this important project.

"Our reservoirs provide important habitat for many native and sport fish, attracting anglers, visitors and water related development that can accelerate pressure on the resources, if left unchecked", commented NFWF's Krystyna Wolniakowski. Preserving quality habitat in the lake and tributaries that feed it will be essential to our efforts to sustain these important fisheries for the public. We are very thankful to the leadership of Bass Pro Shops, the Missouri Department of Conservation, Arkansas Game and Fish Commission, U.S. Army Corp of Engineers, and the U.S. Forest Service for stepping up on this important effort."

Bass Pro Shops, along with Tracker Marine, designed and built a Fish Habitat Barge for the MDC to use for lake cover augmentation such as brushpiles, stump fields, rock reefs, etc.

"All of us at Bass Pro Shops and Tracker Marine are proud to be a part of this great initiative that will insure good fishing for future generations," said Bass Pro Shops Director of Conservation Martin MacDonald. "It is also a great honor to have one of our fabulous Ozarks lakes chosen to be a model for many other reservoirs across the country."

The MDC has hired a full-time project specific fisheries biologist and will supply support staff to run the barge, as well as do improvements in the watershed, streambank and riparian corridor restoration, and other projects that will benefit water quality and habitat.

Financial assistance will also be given to the septic pumpout program operated by the James River Basin Partnership and Table Rock Lake Water Quality within the Table Rock watershed.
Prepared by: Unknown