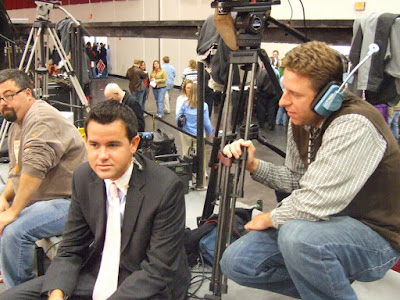 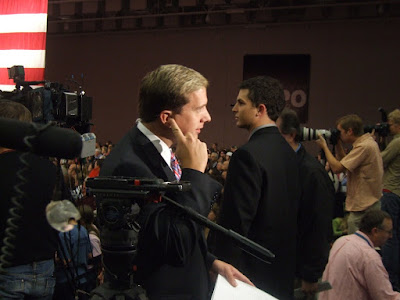 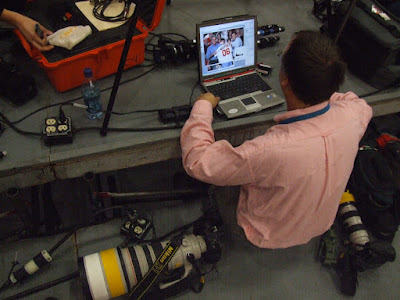 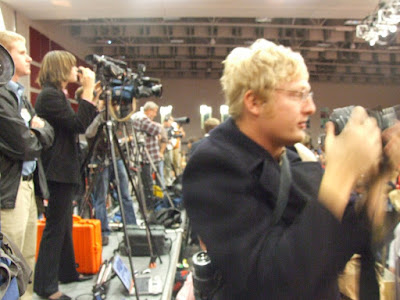 The series of photos were taken after receiving clearance for a White House Press Pass for an appearance in Springfield by President George Bush accompanied by District 7 Rep. Roy Blunt to support Jim Talent's senate bid, which he lost to Claire McCaskill.
One of the most interesting aspects of the experience was watching the interaction between the television correspondents and the dialogue with their technical support staff. It told volumes about bias, perspective and led to a greater understanding of where the individual media representatives stood in their personal politics.
The first photo is of KY3 political correspondent David Catanese followed by KOLR's David Oliver trying to tune into audio instructions. The bottom two are of an AP reporter who took an incredible shot of Talent handing Bush a Springfield Cardinals jersey (Click this Photo to see the full picture). The bottom shot is of the press platform with a photographer for the Springfield News-Leader in the foreground.
Prepared by: Unknown