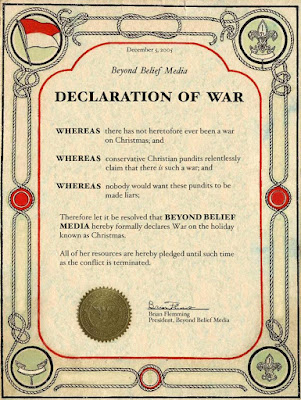 The Springfield News-Leader turned eyes to Branson after flogging our economy by ignoring all official press releases and coverage of the Branson area for nearly two months.

The great divorce began when the city of Branson opened their convention center. A ringleader in the conspiracy to cripple democracy and economy in Branson is no other than Springfield's most powerful media power Ron Davis.

As a guest of the city of Springfield last week, which included a delicious steak sandwich from Mellie's in downtown Springfield on the taxpayer dime (politician funded meals taste better), I took the opportunity to squeeze the truth about the anti-Branson conspiracy out of Davis.

After several potshots in front of the public relations community Davis laid it out for me. Somewhere, somehow, someone from Branson promised someone in Springfield Branson wouldn't enter the Convention Market. As a result, the most powerful media outlet in Southern Missouri blasted and branded Branson as a sleeping giant - letting the citizenry of Missouri believe we can no longer be friends. The rediculous notion negates over 100 years of our shared geographic history - we are all still heirs of the land of the Osage.

Springfield and Branson share a symbiotic relationship. The lure of Branson pulls over 5 million visitors through Springfield. We need Springfield to prosper and need to rethink the notion of enemy and join the inevitable truth that our fates are more tightly dependent than a few elitist whiny press egomaniacs plot guided by their prejudices.

The truth behind the Christmas proposal in Branson was that the initiative was derived by a meddling reporter who vainly attempted to wage a holy war for his own interests. The collateral damage is great - however we've benefited from the attention. I simultaneously give the "Vulture" my middle finger and thumbs up. Was it holy - no - but was it a war waged by Christians - no. In fact, the most religious factions of the Branson Board of Directors opposed the initiative. Our alderman acted bravely and in the name of peace - except for one member - who we will refrain from criticizing in light of the upcoming holiday.

The real issue - the real problem - the real tragedy - is that democracy in Taney County is suffering due to the fact our local media outlets refuse to adopt a code of ethics. The Springfield Press is leaps and bounds ahead of Branson's local grown pundits when it comes to integrity and without the SNL we're suffering.
Ozarks' Politics had a great quote on the topic today and Tony Messenger's comments can be read on todays' edition of Southwest Missouri News.
Ozarks Politics:

We particularly like the one from the minister who points out that "We can all learn something about Christmas and the treatment of veterans, from Branson." Lesson learned: there is nothing honorable or sacred that the folks down there fear exploiting in order to make a buck.

When the issue came up in public - this is how I responded during debate. Of course, the Springfield population wouldn't know that, because no one from any Springfield News Organizations bothered to show up.

Speech Given to Branson Alderman - Commentary on Branson Christmas Debate
Prepared by: Unknown