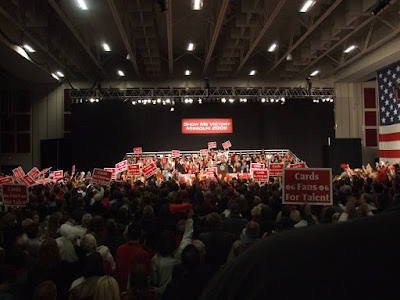 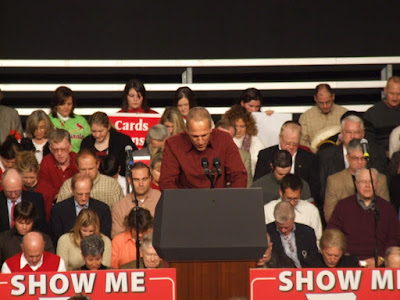 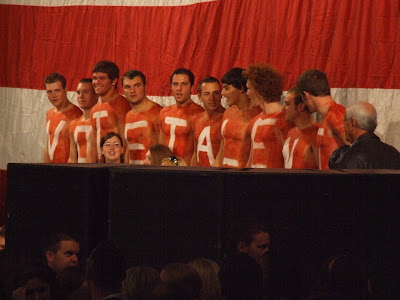 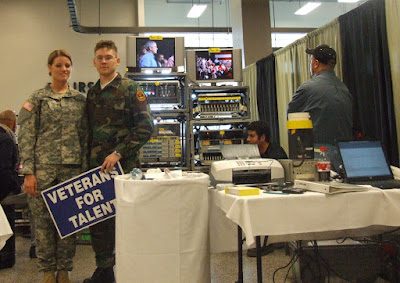 The top shot is to give you an idea of how large the crowd was and how far away the press platform was from the President. The 312 saved photos are scrolling in the sidebar of this website. It's the one shot that is going to make the front page of regional papers so my energy was focused on that perfect moment. Moving away from my photojournalist hat, I setup a second camera on the platform to take low quality video.
The entire 45 minute speech was captured so I could focus all of my energy on taking photos. The camera I used has incredible resolution so I can focus in on any area of the shot during editing. When I study the photos I still find new attributes of the crowd I've never noticed before.
If you want to be a real jerk - when the president invites you to sit behind him pull out a camera and ruin everyone else's photo journal. In my opinion, if you need to constantly take pictures of the president - you should be in the crowd - not behind as part of his team.
A local pastor, most hated by KY3 weatherman Dave Snider - led the prayer. Students voiced support for Jim Talent by painting their bodies.
The last shot was setup in the White House Press editing facility. Journalists from major news networks took turns editing video with shared equipment.
Prepared by: Unknown