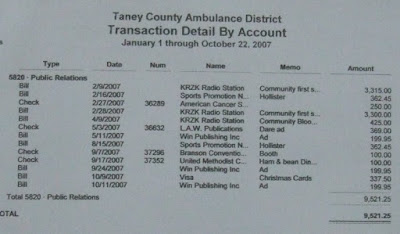 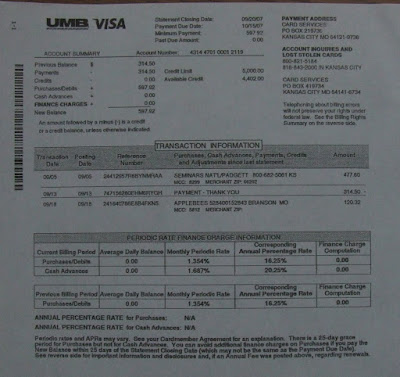 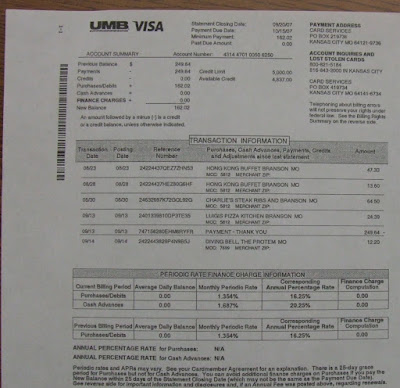 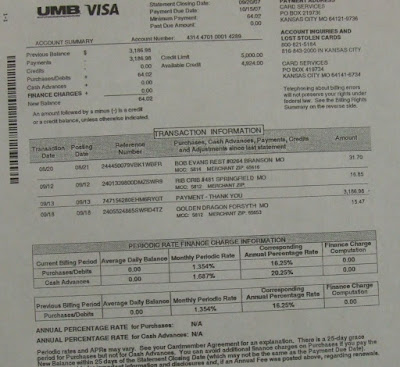 Documents suggesting loose fiscal policies of the Taney County Ambulance district were presented to Taney County Officials earlier this month. Apparently a grass roots effort to shed light on the geo-political entities policies is underway - just in time for elections. An open position on the board represents the first position Taney County election hopefuls filed for last week.

******Commentary********
Few people realize the effect local politicians have on their lives. For instance, the ambulance district has its own board, collects taxes on its own and the geo-political entities policies and procedures could be the difference in whether you or a family member dies during a medical emergency.
In America, the local politicians and their actions have a much more profound effect on your quality of life than what is happening in Iowa next week.
Unfortunately, I'll be in Iowa on a project studying the 2008 Presidential hopefulls as a technical advisor for a project next week. I'm often asked if I have ambitions to cover national politics. I don't look at covering national politics as a step up - but the same rules - same game - applied to different players.
Usually, national politics are less corrupt than whats happening in your back yard. Why? While millions of viewers tune into what Barrack Obama had for lunch, in between crotch shots of pop artists, someone in your community could be stealing millions from you and your neighbors. Chances are no one is watching.