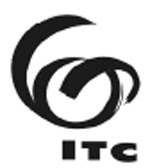 An initiative of Bob McDowell to survey the citizens of Branson made headway today. Chris Tathan a representative from the firm ITC Institute, who was selected though an RFP (Request for Proposal) process, met with the Mayor and three other members of the board of Alderman. Mayor Raeanne Presley, McDowell, Jack Purvis, Sandra Williams and interim city Manager Frank Shooneboom discussed add on components and the content of the questionnaire which will be sent to the citizens of Branson.

As Alderman Stephen Marshall stated during an early city orientation session, perception is reality and the city leaders want to understand what the perception of the governed is of the city government.

One of the questions asked frequently is, “Do you feel you’re getting a good value from taxes?”. The average answer is 42% - providing a gauge for a satisfaction ratio from Branson’s citizen.

The biggest challenge Alderman will face is how they’ll handle returned information. One of the challenges politicians often struggle with is communicated complex issues which are often over simplified by Political Pundits and Journalists.
Leaders often speak of voting with their conscience regardless of the bribes, public misconceptions and good ideas with volumes of fine print few citizens take the time to read.

The survey is a double edged sword in another sense. Will the Board of Alderman ask general questions used to strengthen rhetoric behind their voiced prejedices or solid questions demanding a physical result.

On the of questions Presley wanted citizens to be surveyed on related to values. How do you define the cities values and how will the answer to these questions affect the dictates of the alderman?

Asking pie in the sky philosophical questions could do more harm than good as the results don’t give any real answers – a clear and present danger – because the results used by the city’s legislative branch will be voiced from the bench whether of not the spirit of the citizens has been properly calculated on a case by case basis.

Purvis and Presley paired off over asking for citizen input on immigration. Purvis has brought up immigration in past sessions and promotes strong participation of enforcement by local police agencies. Presley objected because she didn’t want any wedges of communication as the city asked the f

One of the most entertaining questions asked was in regards to the satisfaction rating of politicians – which is perpetually low no matter what city’s citizens are asked the question.
Prepared by: Unknown