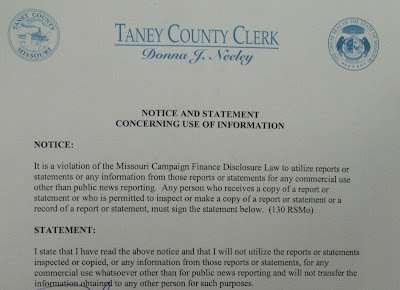 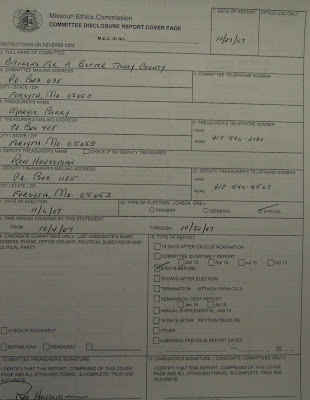 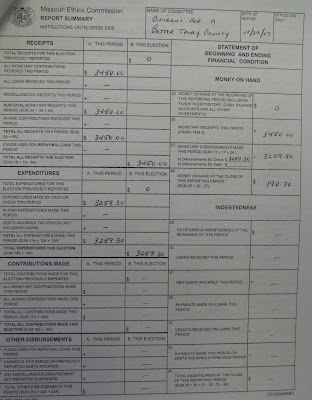 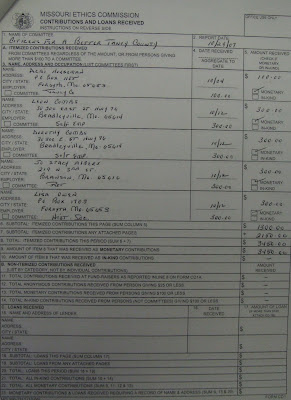 The photos above are of the document citizens have to sign to receive information from the Taney County Clerks office regarding election financing and lobbying contributions. The other photos are part of the files I acquired while studying the lobbying efforts of those who supported the effort to raise $90 million dollars for the Taney County "department of fun and games."
Two reporters unrepentantly violated the Professional Journalists Code of Ethics in hopes a large percentage of money would be funneled into their own pockets through an organization they control through seats on the board.
We begged Gannet's Springfield News-Leader to cover the story to avoid the fallout eminent with a battle against corruption. The News-Leader abandoned the citizens of Taney County by refusing to cover the story.
Armed with our massive web presence, we took the reins to empower the citizens of Taney County with the information they need to remain free and self governed.
It cost us greatly. We battled corrupt reporters. We battled massive financial and political powers. We battled against a misinformation campaign and we battled for the good people who are already taxed enough and deserve a responsible government for the people. The people responded to our battle call and for the first time a tax the newspaper supported failed.
Victory is ours and we hand it to all the citizens of Taney County and the residents of Branson who deserve open, honest government and a press with at least a minimal standard of integrity. They have chosen to disregard the standard of ethics legitimate organizations adhere to thus Branson Mediagate continues....
Prepared by: Unknown