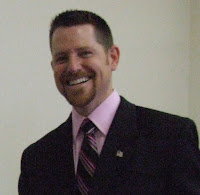 Charge filed against disbarred attorney for allegedly representing himself as general counsel for a business (As Released by the Missouri Attorney General's Office Dec 11, 2007)

Forsyth, Mo. — A Monett man who was disbarred as an attorney ten years ago for embezzling from a charitable trust for which he was trustee now faces a criminal charge that he misrepresented himself as a general counsel in a business letter. Taney County Prosecuting Attorney Jeff Merrell, with the assistance of Attorney General Jay Nixon, filed the charge of deceptive business practice against Garry E. Champion (DOB — 1/6/48) of Monett.

The charge alleges Champion recklessly made a false or misleading written statement, namely a letter in which he signed as “general counsel” for a Missouri business in a real estate transaction, in order to obtain money that had been deposited in an escrow fund.

In 1997, Nixon obtained a court order in Greene County removing Champion as sole trustee of the Edith M. Short Trust. The Attorney General brought the action because in the previous five years since Champion had become trustee, beneficiaries had not received payments as provided in the trust and trust assets were depleted from more than $700,000 to approximately $25,000. Champion later was convicted in federal court of embezzling from the trust and lost his Missouri law license.

Deceptive business practice is a class A misdemeanor under Missouri law, punishable by up to one year in jail and a $1,000 fine. As in all criminal cases, the charge against the defendant is merely an accusation, and he is presumed innocent until or unless proven guilty in a court of law.
Prepared by: Unknown