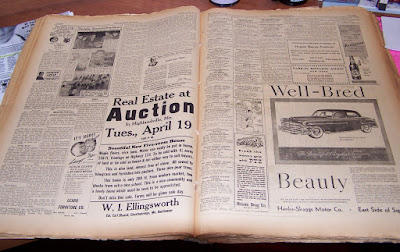 Tuesday night in Springfield was bittersweet, but it's hard to be sad. He'll be closer to Jefferson City, living in Columbia, where he worked as a columnist before moving to Southwest Missouri. For him, it's going home but his contribution to Missouri politics is unmatched. We're lucky to have him stationed in the halls in Jefferson City.
Most recently, his contribution to digital democracy is unmatched. His work on Missouri's Executive regarding digital document retention was handled the results rippled to Washinton D.C.
While at Gannet's News-Leader in Springfield, Messenger acted fearlessly, engaging tough assignments regardless of the heat he had to take for it. Once such storyline spawned a threatened Sunshine Law strike by the Greene County Sherif. Civil rights in relation to jail conditions isn't exactly a popular topic - it took incredible courage for Messenger to take the topic on - several other regional media outlets won't.
The Columbia Tribune still has some of Messenger's first posts before arriving to Missouri fresh from the Colorado Rockies. He moved the Springfield Bloggers meetings from monthly to bi-monthly - politics - beer - live blogging elections.
While watching political propaganda flow through party mouthpieces many of his ideas have been integrated into campaign platforms. Moving to the St. Louis Dispatch covering the state legislature will undoubtedly raise him to the most visible political writer in Missouri.
Missourians will be better off for it. Best off, back here in Southern Missouri we won't have to miss him.