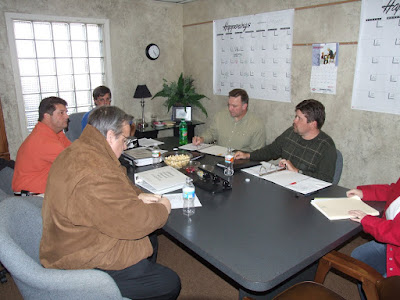 The Branson Downtown Merchants Association met last week with a new board and new rules of governance.
The Board made a transition earlier this year from a membership to a self perpetuating board, as a result - elections are no longer needed to sustain the psuedo-government entities board appointments.
The move from a membership to a self=perpetuating body came in the wake of controversy incited by Downtown Branson merchants who felt a division between the organization and economic needs of the historic district.
No members of the media, except for the Branson Edge were presend at last Tuesday's meeting where finances and an appointment announced today was discussed.
In a press release, the DBMA board announced Dawn Erickson will fill the DBMA's top paid position starting Monday in a press release an hour ago.

(The photo posted above is of the current DBMA board. In typical fashion, no members of the press were present - Except for the Branson Edge.
Prepared by: Unknown