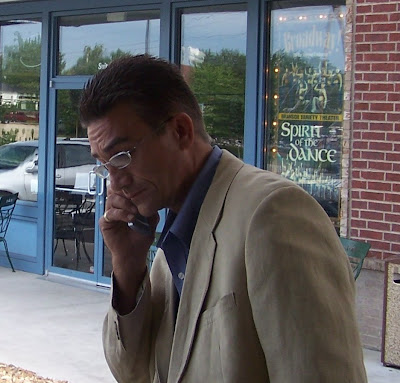 John Stone is on the run. Stone had a way with people. A way business partners couldn't run fast enough from. I heard the whispers, "Poor Willy", the name of a print shop owner who Stone reportedly, "helped out of his business."
He was ruthless, arrogant, and rude. His business practices didn't exactly match the "Branson ethic."
How he was able to con so many in such a short time without appearing on the radar is shocking. He's leaving town and liquidating assets accrued by questionable means.

-----
We've been holding this story for some time after watching Stone in action. It's shocking what he was able to pull during the chapter of his life in Branson. This is a small town and eventually his activities caught up with him.
He'll be remembered in Branson for his methods, means and ability to conduct hostile takeovers of small businesses