Branson Town Square Plaque Before and After 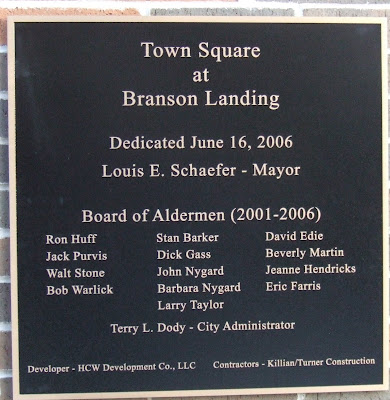 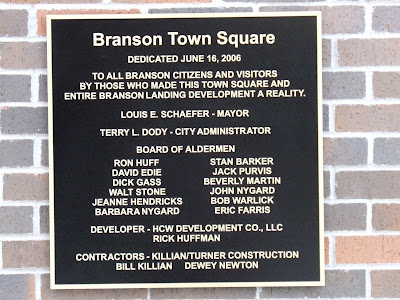 A campaign to add a Branson Alderman's name to the plaque at the Branson Landing was initiated by Branson resident John Logan earlier this year.
The plaque was changed after Branson's Board of Alderman confirmed the removal of the name of a previous Branson Alderman was intentionally removed because of his opposition to elements of the Branson Landing project.
A new plaque was completed and placed at the "town square" last month.
The photos above are of the two plaques. On the new plaque, Rick Huffman's name was replaced, at his request, with HCW Development and City Manager Terry Dody's name was moved to the bottom.
Prepared by: Unknown