Will Cold War With Cuba End - Castro steps down 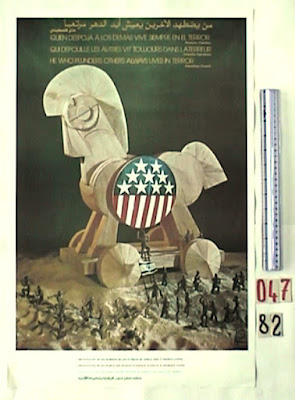 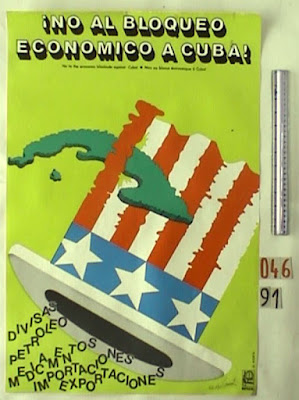 The two posters above were propaganda pieces created ny the Cuban government during Castro's regime. The first is titled, "Those who plunder always live in fear" and the second "End the Blockade".
Much of US history seems to be forgotten, at least many attributes of the cold war era are a fading memory. The Cuban missile crisis will always be remembered by a generation but the 1980's, when these posters were created marked the decade we actually fought with Cuban troops. Much of the US efforts utilized foreign mercenaries recruited through ads in European Newspapers. The battles were played out on the African continent during a decade where modern warfare touched the lives of natives living in primitive isolation.
The history will be told over this next week in every newspaper. The U.S. Government states no change in posture or policy regarding Cuba will ensue though it's unlikely this stance will last long.
More to come ...after the sun rises...
Prepared by: Unknown