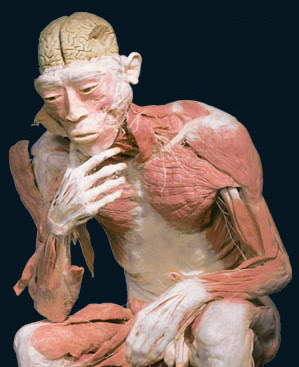 The bodies exhibit which was displayed in Branson last year has been receiving a lot of national attention lately. The issue is over civil rights and the means by which the silicone injected bodies were obtained. Apparently, the official line regarding how the bodies were obtained, from a university in China, is disputed.
The means by which the bodies were brokered, without the owners permission, is highlighted by Tony's Kansas City who is asking Union Station in Kansas City, where the bodies exhibit is currently being displayed to address the human rights issues involved with smuggled bodies for science and entertainment.

**********
In 2006 I hired a full time engineer through a Silicon Valley Tech Firm. Ethical concerns delayed my move into the practice. Humans are the most valuable resource on the planet and the most under appreciated and undersold. As the world grows smaller through technology human rights issues involving an international labor market need to be addressed, will continue to be a concern and promise to reveal tragic consequences should we turn a blind eye. Props to Tony of Kansas City for stepping up and speaking out.
Prepared by: Unknown