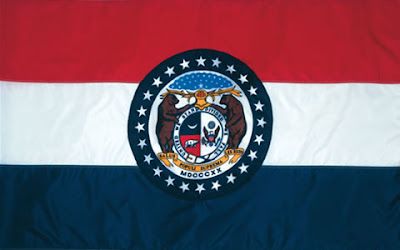 It looks like Jefferson City will host a fiery session after all in 2008.

It's been said little will happen in Jefferson City this session due to the fact 2008 is an election year - but the rhetoric from Missouri State offices are already heated.

Here's an excerpt from a press release sent by Missouri's Department of Senior and Health Services:

"Jane Drummond, the Director of the Missouri Department of Health and Senior Services issued a letter to Attorney General Jay Nixon, who is pro-abortion, notifying him she will not consent to or recognize Nixon's representation of her in any case involving Planned Parenthood's opposition to requiring that abortion clinics meet basic safety standards that safeguard the health of Missouri women.

The letter was prompted by a recent filing by Nixon concurring with Planned Parenthood's request to strike Drummond's chosen counsel and an entry of appearance in November in which Nixon claimed to represent the director, against her wishes. Drummond hired outside counsel to represent the department in August 2007

"About four months ago, I expressly declined your representation in cases filed by Planned Parenthood and other abortion providers seekingto prevent the department from regulating abortion facilities pursuant
to state law," Drummond wrote in the letter. "I continue to decline your representation because you have a clear conflict of interest arising from the fact that Planned Parenthood and attorneys representing abortion providers have helped finance your political career and provided you political support.

A little background for you here. Several states have debated abortion clinic regulations under the banner of "making abortion clinics safe for women". Social conservatives have taken the term to challenge clinics on the basis of access to emergency treatment, mental health concerns and increased regulation relating to mandatory equipment.

Pro-Choice advocates claim increased regulation have no medical basis, are designed to put facilities out of business by drastically increasing operating costs.

The wedge issue was addressed in Speaker of the House Rod Jettons's opening remarks yesterday foreshadowing debate on the topic we're likely to hear in the statehouse this year:

"Now I am going to touch on one thing that might be a little more controversial – abortion. I think President Bill Clinton used to say that he wanted to make abortion safe and rare – safe and rare. Now whether you're pro-life or pro-choice, most people would like to reduce the number of abortions. And I will tell you that in the state of Missouri last year, we did the fewest number of abortions we've done in this state since 1975. And I guarantee you the abortions that were done were done in a lot safer way for those women. That is something we probably all should, and can, be proud of."