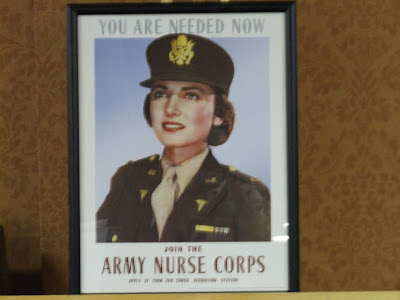 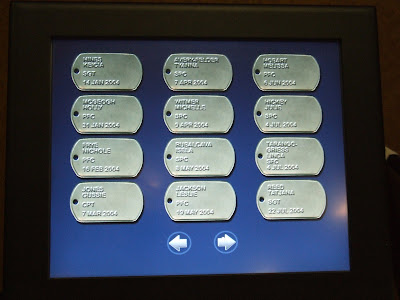 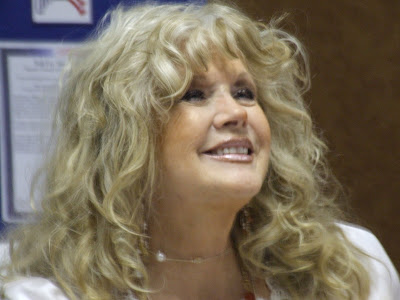 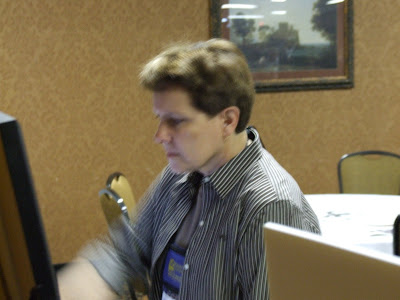 Today, the official stance of the United States Military is that women aren't allowed to serve in combat roles. The reality is that women are serving in combat roles. To date, 76 women have died fighting for our nation in Iraq and Afghanistan. Over the past few days I've taken time to speak with some of the women who've led the way. Their are some amazing stories coming from these female soldiers. On the front page of the Branson Independent I published the history of women's path of service. The photo's above are of Connie Stevens - one of only nine female generals to ever serve in the army and an interactive exhibit. The exhibit has clickable id's. When you click on a dogtag a biography of a woman who paid the ultimate price during the Iraq war is displayed.
Most of the women I talked to had but minor issues with the policy towards women during their service.