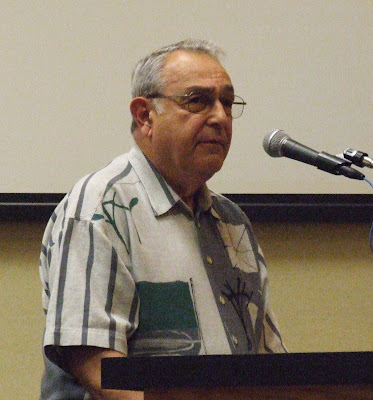 A Branson Arts Council (BAC) request for $35,000 from the Tourism Tax Contingency ( TTC) fund was approved by aldermen Tuesday night. President Robert Cohn addressed the city council for the third time in two months on behalf of BAC's proposed juried fine arts event slated for October 11-13 at the Branson Convention Center.
If a minimum of 60 high caliber artists aren't selected by an early July deadline, Cohn said he'll scrap 2007 plans and begin the recruiting process for 2008. Cohn's fiscally conservative strategy earned high marks from Alderman Stan Barker who said, "I don't think there's any doubt this is a worthwhile project….you're saying we're not going to put this on unless we can reach a certain amount of success in the first year and I really appreciate that…We'll be just as sold on this next year." Barker's statements were in regards to a modification disallowing 2007 funds to be rolled over to 2008 in the event BAC failed to meet their quota of eligible contestants by July 9.
Expenses such as a $6,300 cost to rent the Branson Convention Center and artist recruiting fees will be fronted by the BAC hoping to break even through booth rental fees and ticket sales. BAC projects $50,000 in revenue from ticket sales alone.
Tourism Tax Contingency funds will be used exclusively for the purpose of advertising and generating event spectators. The proposed advertising plan will include 20 percent towards regional radio, 30 percent towards regional television and 30 percent towards urban newspapers published within a days drive of Branson. Another 20 percent will be used to generate local interest. Aldermen approved the BAC funds 6-0.
Tourism Tax Contingency funds represent a small portion of the city's tourism tax set aside for non-profit organizations visitor generating opportunities. Terry Dody estimates the fund accrues $25,000 to $35,000 each year and has an available $120,000 balance. An initiative by alderman Bob McDowell standardized the application and BAC was the first entity to make a formal request under the new guidelines.