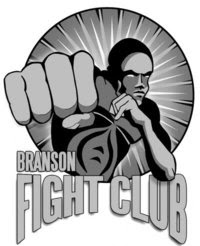 The Branson Beatdown ia an invitational event where fighters from varied disciplines beat the daylights out of other athletes. The event will be held outdoors on the 76 strip at the Outback Pub. Here's some analysis from the promoters regarding the event:


BFC Fighter, Kendal Clark will be making his MMA debut at BRANSON BEATDOWN 3. He will battle veteran fighter, Nate 'The Hooligan' Mann

Rance 'The Punisher' Foust will be representing BFC at 'Branson Beatdown 3.' His opponent will be Matt Parsons from Team Alliance in Anderson, MO. This is going to be a tough fight for Foust. He will be competing for the ShoFIGHT Middleweight Belt.

Aaron 'Shotgun' Shelton and 'Psycho' Steve Myers will be representing for BFC. Kendall Clark will make his Debut in the cage at this event.