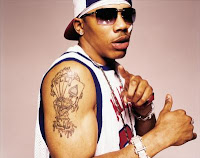 Nelly tickets are still available as the performance at the Mansion theater is slated for Saturday evening August 21st.

Promoter Paul Dunn has been busy fighting rumors published in state media outlets that have led people to the false assumption that the scheduled event wouldn't take place.

The City of Branson, took unprecedented action outlawing an outdoor event for the first time in the city's history.  Organizers responded by bringing the event indoors and switching venue to the Mansion theater which can host 3,000 guests.

Several hundred tickets are currently available and can be purchased at the Grand Palace website. Premium tickets which include front row seating and admission to an after-party are available on the website posted above for $90.

Concert organizers have stressed this will be a family friendly event.