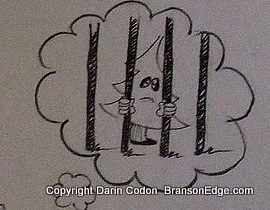 Branson Mayor Raeanne Presley said not enough businesses are celebrating Christmas as justification for allocating $17,000 of Tourism Tax dollars to the Branson Chamber of Commerce for the purchase of led lit stars to be placed on utility poles throughout the municipality.

Gail Meyer spoke on behalf of the Branson Lakes Area Lodging Association begging the Board of Alderman to practice intellectual honesty regarding the illegal use of the Tourism Tax funds.

Best described as "cute", Meyers noted the use of tourism tax dollars was in violation of Missouri law. Statute  requires tourism tax dollars be allocated toward marketing. The lodging association sought counsel who was asked if it was legal to use tax dollars for the expenditure. Meyer's reported the organization's specialist answered , "No, and referenced a very hot place."

Meyer's also threatened to come back next year and offer another three minute lecture which served as little threat to a board which has shown little respect for the law.

In addition to disregarding the illegal nature of the expenditure, Presley said she didn't have any problem with the money going out as a no-bid contract at Empire District Electrics request.