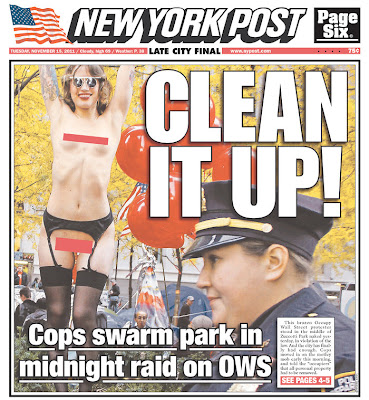 The radical images some press outlets have associated with the Occupy Wall Street protests encompass the New York Post this morning (click image to enlarge).

The New York City Police Department (NYPD) moved in last night to shut down the squatters camp in Zuccotti Park. The protests near Wall Street led to demonstrations around the country some ending in violent clashes with regional police forces.

Protesters ranged from tens of thousands to a waning 200 at the time officers cleared the park. New York cited health concerns as the reason for shutting down the encampment choosing twitter as means to communicate their intention to protesters. A group of resisters chanted "Whose park? Our park!" , regathering briefly as police officers tore down tents that have been setup for over two months. 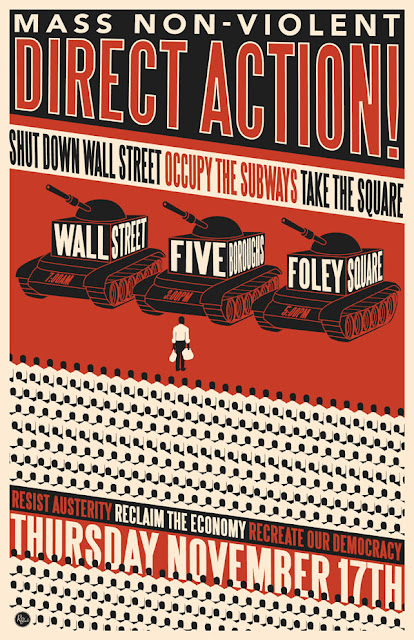 Protest organizers plan to shut down Wall Street in the morning (7:00 AM), Subways in the afternoon(3:00 PM)  and Foley Square at (5:00 PM) this thursday.

Reports will be posted in the comments section throughout the day: