Taney and Stone Counties Have Highest Unemployment in State of Missouri 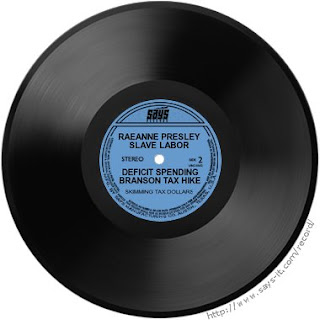 The ordinance is one of many new laws (we're averaging 365 pages of legislation data added biweekly) that promises higher taxation for residents.

Citizens of Branson are protected from rapid rises in taxation through the Hancock Amendment which limits Missouri's geopolitical districts from rapidly raising levies. Many residents have cited concern after realizing the last three years Branson has posted the highest revenues in the cities history. Unfortunately, we've also had record deficit spending and legislation designed to finance a few private enterprises.

But this has been the very opposite of the case in Branson, Missouri under Mayor Raeanne Presley's watch. Her famous campaign statement, "I don't want to pay 9 dollars an hour for a parking attendant' is the one campaign promise actually met.

The liquor ordinance is designed to conceal slave-labor operations in Branson. Instead of licensing individuals they're requiring  The high cost of the failed program ensures the inevitable tax increases Presley's tax addiction is sure to conjures.

The net effect of Branson's underground sex-industry and lower wages for Branson families is a mere sidenote outweighed by the Branson Chamber of Commerce's need for a low cost venue to host its annual black tie dinner.

Businesses in Branson are protected by a fiscal policy stating , he who hires the least number of Missourian's wins.

I suppose if we have to compromise Christian values, we have can achieve the apparently more important goal of ensuring the Presley's have cheap labor. With the savings we can enact new social programs and pat ourselves on the back.