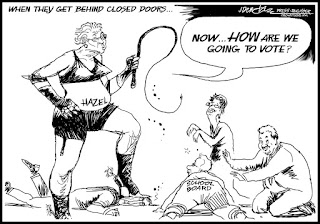 Last night during an interview with a leading area Democratic organizer issued an honest answer to the question, "What is a Democrat?" "I don't know", she responded
When Branson's White House Theater was sold to Chinese Nationals, the official Communist Party published a press release. Having never visited their website, the headline, "China has taken over the Whitehouse", twitched my curiosity"
I suppose with Branson's soon to be proposed, "Mayoral Stimulus and Tax Increase Assurance Plan" (Red Pit was mandatory research). Branson's "Bureau of Revenue and Tax Distribution spokesman," Ross Summers was quoted in the Communist press.

Now that Branson's economy had moved my browser directly into the written irkings of Communist  Chinese Propaganda, I clicked over to the history page. What I read knocked my political socks off.
The Chinese government publishes a five page history of the "great achievements of the party". It's commonly known that China has moved towards freer market philosophies but, this move in policy only now for the government spin.

But this is the problem of party worship. I understand you may have an idol of a donkey or an elephant in your living room that you want to stay true to but why? Does the iconic imagery match your beliefs?  If you take a close look you might be surprised.
Concerned that burgeoning free market economies were the result of Socialist Regimes moved far to the left I immediately connected a Democrat to my batline. Tim Davis, Missouri's sole District 7 Congressional hopeful (until yesterday's filing) pitched me his take on what's important for the nation in 2011.He said, balancing the budget. I laughed. Shortly after he left his position as Branson's city attorney, publicly battled against an illegal tax (one of many, Branson's corrupt mayor was attempting to levy).  So wait, here's an Oxford educated Southwest Missouri Democrat Economist that sets balancing the budget as the highest priority for the nation. And he fights taxes against a faux-republican politico? After he tries to sell me a textbook that he wrote on Economic Theory (published by his Alma Mater) he speaks of the virtues of Obama's agenda. He doesn't get into specifics but ribs, "Clinton was in office last time the budget was balanced." 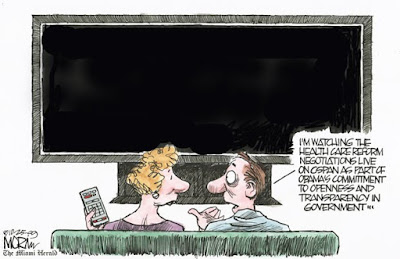 What if the holy Donkey Idol® magically started speaking and tells you to be fiscally conservative, or the  Elephant idol® tells you to take the US treasury and give it all to the bank and their private businesses?
Don't get me wrong, I'm all about freedom of Religion but, I'm weary of the ever-changing philosophies of political ministers.
Red State and Blue State,huh, Missouri is more, "The Color Purple" than Oprah Winfrey.

I hear this one all the time.

HE'S A LIBERAL and SHE'S A CONSERVATIVE!

And I wonder, really wonder, what do these labelsmean?

I know a lot of corporations put a cross on their logo.but I'm not sure what that means either these days I'm doing research for a National Politics Blog on politics and religion.

Personally, I'm a  Netizen I and the people that work with me, firmly believe in the unfiltered expression of ideas, idealogy and religous faith.

I only beg for personal responsibility. You may hate my opinion, but don't think it's appropriate to send anonymous death threats to my phone because the candidates campaign you're running is hurt by a diatribe of pragmatic truth and dissemination of fact. Still, stand up for what you believe in, I respect people who do that. Put your PAC's name on my website too.

So, let's take a look. Obama says your primary political demography is "God and Guns."

Ooops All Candidates, libs, dems, cons, libs are Pro-Life/Anti Abortion and the majority are carrying members of the NRA.

I'm sorry to inform you , but if your greatest political concern is making sure Guns Remain Legal and Abortion Outlawed ; You're in good hands. And if you believe, a born again Christian should be elected to MO's 7th Congressional Seat, you can use your vote to buy a democrat too. ,

Here's your choice as a constituent in Missouri's Congressional 7th District.

In fact, if the most important thing for you - that is - if you're campaign lobby is "More Abortions, Less Guns Inc.'You should probably vote Democratic.

And hey, while we're at it, if education is the most important to you - I bequeath Rep. Maynard Wallace, the only Republican endorsed by - well - every education lobby local to federal.

Oh wait, it doesn't stop there - You're thinking property rights is the most important to the family living in your Libertarian abode? Have you met Democrat Cathy Hilliard from the Real Estate lobby.

I know, I know, you're confused; the very foundations of your religion have been rocked. If you're up early, Chritstian Rabbi Eukel is taking calls and Non-partisan Christian Conservative talk show host Vincent David Jericho just promised free advertising to companies hurt by the recession.

Really? I suppose if you're going to have such an interesting political mix it's appropriate to throw in a conservative Jewish talk show host who's really a Christian and a hard-line conservative who's handing out a personal stimulus package.

I was so confused that I called my favorite former Oil Executive and asked who the industry leaders had to bribe for expansion of Oil drilling rights. I can't divulge further details besides - Democrats. Ironically, they took away the massive health care account he invested in over 40 years of working overtime. Hmmmmm.

I can go on. But the election process in Missouri's 7th District seems to have been damaged by some strange "isms" that have little to do with the general issues.

The secret , the holy grail of Congressional politics, lays in your capacity to serve the citizens. The election speed moves too fast (once every two years) to not be responsive to constituent concerns.

Branson Tea Party? What the hell does that mean? Has there been a merger with the Red Hat Society? I'm waiting for Eric Farris to fill me in.

Come to think of it, there's some public space where a Liberty Tree once stood. The city has rights to allow public events down there....oh, wait, whooooops. Ewwwwww, what was that law past last week?

It's illegal in Branson to have a public gathering on the streets of Branson without a music theater managers approval? What, the Constitution of the United States of America is protected in the new city charter. I'm guessing someone's going to tell me some scumbag wants to double the lengh of the Mayor's term (guess who wants to do this, behind close doors). Ummmm

It's illegal to have a political march without the Money Laundering Polislut Presley? The biggest political whore in the 7th District.... we got a hardliner word for you - unbelievable , truly, you have to see it yourself. Presley's publicly lobbying group, what's the name..let me think - oh yeah, "League of Cities Against Democracy "linked me up to the historical achievements of" - Victor Berger, America's first socialist mayor.


"Milwaukee Socialists sought to reform the legacy of the Industrial Revolution on the local level by cleaning up neighborhoods and factories with new sanitation systems, municipally-owned water and power systems, community parks, and improved education systems. Progressivism and Socialism had different leaders and spoke different languages, but were, in many ways, remarkably similar in practice. Socialists rejected the Progressive idea of government regulation of industry. Instead, they sought to replace the capitalist system with a planned economy of state-owned industries that would protect workers from business monopolies. Socialists believed that this change would be inevitable as the working class became increasingly oppressed by powerful businesses. Although they believed in a type of class warfare, Socialists did not advocate a violent revolution as a means of achieving their goals. Rather, Socialism was to come by ballots. Until that time came though, Socialists supported measures to improve conditions for the working class and to achieve a more efficient administration of government.  "

Suddenly, it all makes sense.

Branson's newest market is political tourism -24% of our recent economy.

I thought it was funny that the first Branson Tea Party was kicked out of the public square. The whole lot tried to stuff themselves on a patio at the steak joint.

If there's one thing I've learned from Branson's City Leaders is that liberal, conservative and socialist policies are fine by most individuals if they can profit from it.

Sadly, since that time - the rules of public expression and free-enterprise have eroded further in Branson. It's not really about Democracy or Republicanism or Socialism or Holierthanthouism (someone accidentally funded a highly succesful parade and made Andy Williams top dog instead a state-sponsored-entertainment family). .

But it should be about Freedom. And quite frankly it theirs a coffee party or a tea party and they don't have the courage, audacity or frankly balls to stand up to Presley Government Industrics LLC (a publicly funded venture) in the public square don't tell me about Thomas Paine, , Abraham Lincoln or Andrew Jackson. If you're going to reserve the Constitution from some political two-bit hillbilly hoedown (for a 50 dollar fee music included)  your worthy of public despise - not because you are a liberal, democrat, christian, atheist, republican democrat or for that matter lesbianalbinomidgeteskiom - because, you don't believe in standing up to the fundamental freedom that makes us American.

Excuse me for not stopping this rant earlier but I've been waiting for them to finish construction on the Taneycobama Bridge. Apparently, it's against the law to pray out there too. Is there a method of removing Reanne's Presley name from the plaque on the public square or are the personal interests of slithering the only group legislatively  protected?

I have to stop and buy some gas, There's a store, once called Dalton's in midtown Branson where I can buy alcohol, gas and a rifle in a one stop . I gotta stop, I'm going fishing, anyone have quarters for the worm vending machine?