Branson Leaders have no Intention of Honoring Airport Contract 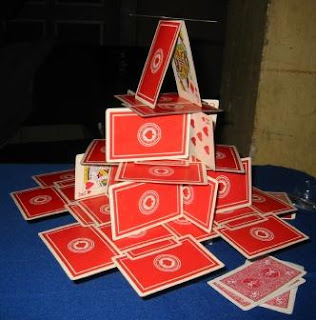 Branson Airport executive director Jeff Bourke should be nominated for sainthood for keeping the dialogue positive while Branson city administrators show they have no intention of honoring a 2006 agreement that enabled the region to build a first-class airport.

Presley has publicly criticized the agreement while personally capitalizing on the airport at every turn.

"airport representatives continue to work with city officials to resolve the dispute. Bourke said the relationship with the two entities is good. We'll continue to talk with them and work through this, but at the end of the day, we have an agreement and we expect to get paid"

Theaters, such as the Presley's, owned and managed by Branson's current mayor have received increasing subsidies over the past several years, but if new revenue is the goal, Presley Theater is a dismal failure.

In a 2007 interview Branson's new mayor criticized a pay-per-performance contract the former city leader signed to bring a new airport to the Branson area. Of course, when the airport opened, Presley took the stage and boasted what a great addition the new airport is to Branson. It was all smiles and waves as Presley was toted on a pull cart through the new property. She even took the center stage with an hour long speech during the airport's opening.

Politics aside, Presley had no intention of honoring the contract and has worked vigorously to undermine the integrity of Branson's agreement.

Under the auspices of the agreement, the city of Branson is required to pay $8.24 per passenger that cites Branson as their destination. The contract has a ceiling of $500,000 per quarter. Without the agreement, Branson's international airport would have never been built.

Since Presley took office economic development has been put on the back-burner. Higher end resorts have seen increased revenues while some of Branson's traditional theaters have seen steady natural decline. As one newspaper put it, "Branson's Country Music theaters have lost their charm."

An upper-scale audience has little interest in some of the traditional venues, good for Branson, bad for some private businesses - including the mayor's.

Luckily, due to the insight of Branson's former mayor Lou Schaefer, Branson has defied the economic downturn most cities in the United States have experienced over the past three years. Branson's last three years boast the highest sales tax revenue in the city of Branson's history. Most recently, November 2009 sales tax receipts are reporting 4.9% higher than 2008 - which was a former record.

But the new administration is in a jam. Presley's social reform programs have brought new debt to Branson. And Presley has clearly ignored 2007 recommendations that Branson put the yellow light on spending.

While the city is experiencing record revenue, Presley's spending spree has promised to drive Branson into bankruptcy.

Prior to becoming mayor, Presley had a habit of suing the city. Although Presley's attempts to pursue litigation were dismal failures, tax dollars now provide deep coffers for Presley's battle against a free market economy.To date, Presley has spent $67,000 in legal fees to fight fiscal responsibility for the City of Branson's end to the agreement.

Due to Presley's disregard for Missouri's application of the Freedom of Information Act (i.e. Missouri's Sunshine Law) some of the reports are just coming out.

Over the last three years of record sales, Presley has overspent city income by over $5,000,000 drasitcally reducing the $12,000,000 surplus at the mayor's disposal when she took office.

Shunning the agreement, 2010's budget doesn't include the expense. In an attempt to create a roadblock to payments Presley pushed a Branson Board of Alderman resolution to force an amendment to the contract before any payments are issued.