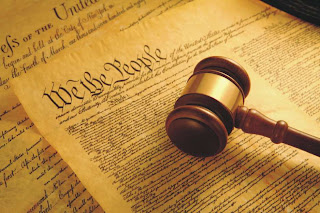 It's been five years since I walked beside Joe Biden as he entered the Iowa Caucus Headquarters to announce his agreement with Barrack Obama (Links to Youtube video I filmed at the convention)  to unite forces to take the Democratic Presidential candidacy.

When I arrived back to Branson I recieved word from former Branson Alderman Jack Purvis of Branson Mayor Raeanne Presley's intense hatred for me. Her countenance would change as I entered the room to a scowl beaming pure hatred (exposing dishonesty is not helpful to politicians).

With every move her efforts to cripple me were thwarted. Tax funds were used to slander my good name and resources allocated from the Branson Area Tourism Tax Disctrict to eradicate my writing. The enemy of Presley is not me but rather the First Amendment of the Bill of Rights. The ability to go to church , report news, publish newspapers and share ideas is protected under this vital human right. Presley knew the enemy of her tyranny on the Branson economy was the Constitution itself .

The Presley Theater is highly subsidized in a unique socialist system that many Branson area residents are unaware of . Millions of dollars pour into a fund that just a small handful of businesses take advantage of. By statute, all tourism related businesses are able to heir benefits of these funds - but ignorance is the financial friend of the Branson Pharisees, stupidity a friend.

In meetings I was slighted and priveldges allocated to my competitors - less educated, less credentialed. . Presley's rise came through help of city employees who served as traitors to their bosses and due to the great integrity of our former mayor - unwilling to steal tax dollars for personal gain - he was unable to pay property tax on his house. This allowed Presley to enter office without challenge. Mayor Lou Shaeafer, now deceased, was taken off the ballot and after a previous unsuccessful bid  , Democrat financier Raeanne Presley was able to take office and begin a reign of terror on the Branson economy. A rise in crime, poverty followed her mismanagement of city funds reversing a long tradition of fiscal responsibility that has led to prosperity in Branson now greatly in decline. The citizens of Branson continue to suffer today.

Eventually the taunts , use of tax dollars to slander, use of public databases to create an environment of hatred got the best of me. Crooked politicians , a common scene in my line of work inspired me to take the news offline. Presley, a strong supporter of gay rights is not a supporter of constitutional rights nor human rights as displayed in the years of terror that followed my attempts to report on Branson.

Presley is not the most educated individual. Branson school districts were sub-par during her tenure Today the Branson School District is one of the best in the state. In my estimation Presley has a 4th grade education but has spent enough time with Pharisees and Saducees to develop more sophisticated rhetoric.

The fruits of her tenure as Mayor are an albatross on the necks of taxpayers. We've seen little honor and a lack of wisdom far against the Branson tradition. The worst is Presleycare.

Presleycare gives money to friends in tax districts to strengthen enforcement of legislation. Obamacare documentation is large; Presleycare is much larger. Everytime a friend calls Raeanne Presley on the phone it seems hundreds of new pages of legislation - laws to limit freedom for the people are enacted. The code book for Branson has grown by thousands of pages and the yesmen known as Alderman (City council)  generally enter office too ignorant of local history understand the impact and debauchery of overreaching government.

As a special treat for press members who choose to show integrity a special note was drafted by Presley. It was elaborated in an email to members of the Branson PD. Basically, Presley offered me a free enema each time I went to cover a meeting. Due to the fact we're in negotiation I cannot yet comment on other elements regarding Presley's Edict to suspend the 1st and 4th Amendment.

We should thank God we have good men that serve in government as well. Presley disregarded the advice of legal counsel and has created a major issue for the city which has chosen to dishonor our nation's forefathers.

It's no wonder that when Glenn Beck offered to grace Branson, Presley gave no support whatsoever. While city resources are regularly used to boost her personally - when a much greater individual chose to speak in Branson - one who is nationally recognized - it was ignored. It's no wonder; Beck's topic was of God and the Constitution - two things which through action Presley has shown there is little respect for.

At this point both the Branson Police Department and legal counsel have refused to follow Presley's unconstitutional dictates. They are wise.

We need to pray for Presley because the next steps will be hard on her family, business and cultural entities. As her witchcraft is now officially deemed invalid so too is my position as custodian of fact restored. While I have little respect for Presley nor the board that has followed her and Branson to the very debts of hell (wplay) - the people can save our economy in the future by undoing the years of idiocy that currently plague us.

Beck is no longer coming to Branson - nor should he. We are not worthy of such great discussion. but we can be when we change our hearts and restore honor and wisdom to public office. .