KRZK and KHOZ - Refuse the News (Adventures In Journalism) - (Draft) 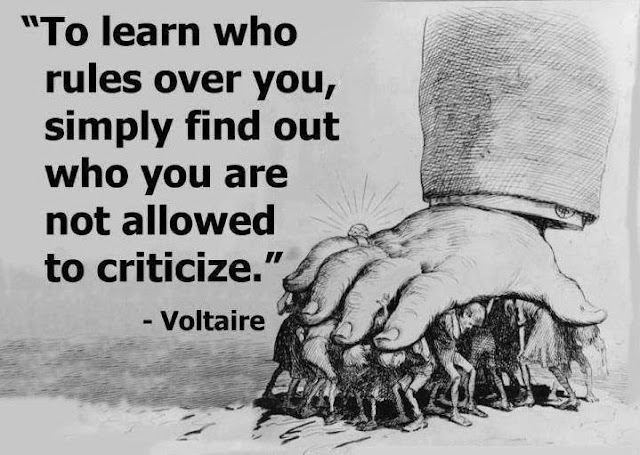 The citizens of Branson were worked up. A homeless guy who a lot of people liked was detained by the Branson Police Department. Questions were raised regarding level of force and the need to arrest. Some people speculated on the mental state of the arrested homeless man.

Interestingly, depending on mental diagnosis people were willing to tolerate abuse - if he was diagnosed with Autism the community would have been outraged - something else and the community would have accepted the homeless man being treated harshly. The Constitution grants all men rights - but modern thinking enables extreme prejudice (I guess less and less people believe humans were created by God or the God of nature)

As a working policy, the radio station KRZK, doesn't respond to citizen allegations of abuse. In the news room of KRZK and KHOZ when a person calls in claiming malfeasance the radio station doesn't respond ( at least that was the case when I did work for the radio station and the policy of the reporters I know). Unfortunately, with no report from the radio station - there were a great deal of accusations buried under the table by Presley involving police malfeasance. Basically, many complaints were made regarding the Branson Police Department for years and the radio - unwilling to hold Mayor Raeanne Presley accountable (and they still don't  report details of millions in tax payer expenditures)  a lot of people were hurt without report.

The radio is drive by news. When you are a reporter for a radio station you grab a quick audio sample and a quick paragraph of copy and bam it's out the door. Investigative reporting is a newspaper/magazing art. Generally, news reports offer a glimpse into public affairs and if you want more data you have to go elsewhere. The reporters for KSPR are actually very good and experienced but overall the radio station does a poor job of fulfilling the purpose of journalism which is to "keep us free and self governed".

Although I'm dissapointed in some of the things the radio station has done; I still refer clients to advertise there. What the radio station and most of Branson doesn't understand is that I'm one of the most experienced media buyers in the area. Because Mayor Raeanne Presley cyberstalks my online profiles I don't advertise my true resume or my clients. But if slander continues they might find themselves in some very interesting situations.

Overall, I rank KRZK as a strong buy for most clients. Steve Willoughby, a manager at the station will issue a pitch for your business and an interview for about 100 bucks a pop. Willoughby is respected by the public and believes he deserves money for his promotion. His show is more of a magazine show than a news show. The newsroom, separate from Willoughby's magazine show at KRZK is not something you can buy. It is properly segregated from the promotional agenda of Willoughby's successful show. This is good, it keeps the news less biased and based on research rather than business relationships.

I would like to note that I had an agreement with the radio station to produce news for $30 bucks a story (due to travel and gas this gave me about 4 bucks an hour) . When we parted ways, Willoughby decided not to be a man of his word. I think it's important to tell the truth and, quite frankly, I don't have a tremendous amount of respect for him on a personal level - and almost nill on a news level. I don't listen to the radio station because I use primary sources for news. Instead of a quick newsbite I actually listen or attend (most of the time) public meetings. This allows me to get comprehensive data as opposed to a "drop in the bucket of truth".  During my media career I'm hard news - he's a magazine.

Still, even though I don't personally respect Mr. Willoughby's ethics; I understand that there are people that actually use this resource to become educated through the radio. I also believe, why Willoughby didn't deal with me honestly, that Willoughby doesn't want to give bad information to the public when it comes to news.

After receiving a call from an attorney (again I have better sources - I use the journalistic process) I was told Mr. Willoughby was falsely stating there was no video of "Tex" being detained by Branson P.D. Because I assumed Willougby was attempting to be honorable with the public, I walked across the street with the video of Tex being detained (My office is 300 yards from the Radio Station). I promised the attorney that I would not publish the video of "Tex" being detained as it could possible interfere with his case. Publishing the video would have made me a lot of money, but, I was the only member of the media allowed to see it and promised I wouldn't publish it after a long fight with the lawyer (it isn't published now because I gave my word of honor - I promised to wait in exchange for exclusivity).

My intention was to show the video to Willougby exclusively so that he would stop giving misinformation to the public. When I entered the radio station I was told to wait in an office for a station manager. The station manager arrived (wasting my time) and I informed her of the lack of integrity in the newsroom. Figuring Steve Willoughby would want to know he was accidentally lying to the public - I reckoned he'd want to see this very valuable piece of news intel. The radio station manager stated that the "taunt" of no such video existing was the result of a KY3 broadcast. In other words Branson Mayor Reanne Presley's business partner was publishing information from Springfield that a radio station in Branson rebroadcast. Willoughby didn't take the time to look at the video.

The reason KY3 would make such a claim is a form of pressure to force the hand of "Tex's" attorney. A reporter gets on Television and taunts the legal team by suggesting to the public that no such video of police brutality really exists. The legal team , in order to prove the cases legitimacy then feels pressure to release the digital asset to the television station. It's a good strategy for KY3 as they have a huge audience and are regionally dominant (they such in their reporting about Branson). The problem is that Mr. Willoughby is citing a Springfield station regarding something that happened a few blocks from his office. I call that irresponsible and disrespectful to the public. It's also something that the radio station should be ashamed of.

When there are two sides to a story, a reporter should seek both sides. The radio station doesn't do this very often and in crime stories the state's side is heard but rarely the accused. Most the information you're receiving as a listener is actually published by the government not due to a journalist actively and avidly seeking the whole story. Again, it's radio - more about entertainment than news.

Because the radio station doesn't produce comprehensive news I don't work with them on a news level - I do however send clients while hiding my involvement. I think it's a decent value but not as great for those who want to understand what their government is really doing. They just don't invest the resources for total coverage.

Unfortunately, egos at the station stopped the flow of information to the public. The most important aspect of journalism is to make sure people have access to correct information. If a mistake is made - or a challenge is made it's important to double check the information and quickly make a correction. I do this. I regularly recieve calls from television stations, radio reporters and print reporters for information. Even though I am slandered and disrespected at times; I believe the public has the right to know and often give away my work in fear that the public will be punished by personal hatred towards my commitment to honesty.

Currently , I do not allow comments. The reason I don't allow comments is because I don't have time to deal with any random uneducated individual who wants to debate things he doesn't know about. I am a custodian of fact and have the skills and investment to extrapolate information the general public cannot easily access. I'm not in a popularity contest , I am in a freedom contest and I want the public to win.

Again, due to Presley's slander campaign - silently distributed through social media - government funded resources and unholy relationships I have to hide my true resume. I don't want people to get hurt because of my dedication to truth even if it rubs a couple millionaires and some unworthy politicians the wrong way. Everyone - every human on this planet comes from the same source and deserves respect by default. Stopping the flow of information for personal gain is a sin. Honoring a commitment or holding information due to a promise is an acceptable compromise but sometimes necessary. Unfortunately for some - I deserve respect and credit for my work .And I have disrespected myself, my family and my God (who I am a child of ) when I allow people to publicly dishonor me - in an open fashion without defending myself.

Due to my technical background I'm able to intercept a great deal of information. I have allowed a lot of people to hurt me and I cannot allow this any more. I was called out by a member of the press - this person questioned my integrity and balls. I offered this person the opportunity to correct himself but he told me to bring it. I would never in a million years have published this correspondence without permission. Without further ado - this is a conversation with a member of the radio station after trying to bring a video and correct misinformation broadcast over the PUBLIC AIRWAVES: Here is a member of the radio station corresponding about the incident:

************This content is being withheld in order to protect an individual who would be permanently damaged if published. The document proves that the radio station reporters and managers knew I was being unconstitutionally detained on a regular basis. The document shows that I asked for help and was scared for my life and there was a refusal by fellow journalists  to provide assistance for fear of retaliation. The document proves that members of the press knowingly allowed my constitutional rights to be violated and that they were scared of repercussions.
While proving moral and spiritual superiority would help me - it could potentially ruin this person's life. I will allow naysayers to speculate and publish the documents on my Facebook page. These documents are not to be republished in full or in part and are the private property of Dees Nutz Publications PC. In the event the radio station decides to retaliate against this individual person I may or may not have three separate documents that will be submitted to the Federal Communications Commission (FCC) regarding station collaboration with politicians. I believe the individual doesn't fully comprehend the Constitution of the United States of America well enough to full understand the implications. Please take the opportunity to educate staff on the importance constitutional protection. If this ever happens again I will have to act in turn.