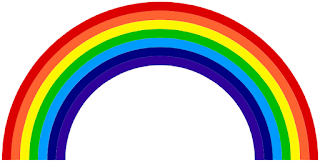 Branson's first openly gay politician is a sitting senator in the Missouri Statehouse. Senator Jolie Justus lives in Missouri's 10th, a liberal district in Kansas City, and after being elected joked that her orientation was a benefit.

Before  a senator, she was our daughter, our friend, our neighbor. At the time she was elected to serve the Missouri legislature she had worked as a reporter for KZRK, was student at Branson High School and shockingly to some a "hetero". When living in Branson she was married and after divorce still stood by her side. During an interview I conducted she called her former husband "best friend."

The newsroom was abuzz when the story of Justus becoming the first lesbian senator in the state of Missouri was breaking - at the time I was the only reporter in Southern Missouri with the scoop. After conducting nearly six hours of interviews during her first week in Jefferson City, I decided not to report the headline, "Missouri's First Lesbian Senator..." I was afraid it might take from the honor she and her family deserved.

My editors, there were three outlets I was serving with the story, left the decision up to me whether the shocker would be delivered to the Branson public.

At the time there were relatives that weren't aware of her orientation. In the backroom of her father's office, a sitting judge in Taney County, there was some shock. Judge James Justus revealed that some family members weren't aware.

In the end, I decided to run the story "First Female Senator From Missouri's 10th". It wasn't out of cowardice, nor timidity that the juicy sex centered story was held. It was changed to deliver honor to our sister, our neighbor our daughter our friend.

Today, Justus is one of the most respected senator's in the state. Her orientation is of little discussion, her achievements celebrated.

Since Justus we've actually had a known lesbian serve our community at the state level. While whispers reach the local elite her sexuality has never been of media discussion. It was never a part of the politician's public identity thus making a public discussion unnecessary.

It's because of these two stories that I was shocked to read an article written by Tony Messenger. The article was written at the request of Lucas Case. According to Messenger, Case asked for help with the story. Case wanted to come out of the closet and air his disgust at hypocritical politicians.

Generally, a gay American of our generation, goes through a period of denial followed by a period of promiscuity. This is generally hidden from the public as the hidden orientation reveals itself through the closeted individual getting a "fix" whenever they can. Over the past few years Case has traveled in political circles. I imagine Case's decision to discus his orientation publicly has a few people  - scared.

From my view, Case appeared on the political scene as a volunteer for Mitt Romney's campaign in 2008. It was nearly two years later that comments he made appeared in a national publication. Ironically, the notation was penned by a gay journalist, whose name I won't mention because he isn't outed. The journalist noted a tidbit of information came from a "political operative".  It was easy to tell who the operative was because political intel was coming from the same circles. He used the identification for himself shortly thereafter.

Case was widely active in the following years, specifically for the Republican Party in Missouri's 7th District. He was seen in newspaper advertisements with a local journalist/preacher Ronny Prophet as a member of a quartet that sang gospel music.

The perspectives Case shared were very positive regarding his baptist church and spoke frequently about an interactive and intervening God. At one point I remember him stating that recent reports of natural disasters were occuring because of what he believed was, "disobedience to God."

He was the first person I know to use the word "RINO' (Republican In Name Only). His rebuttals were sharp and the political cast surrounding him, and his political efforts were socially conservative - the most radically social conservative.

The problem I have with Tony Messenger's article is this. In response to a former client; Senator Sarah Steelmans' stance against gay marriage Messenger mentions Case has a place as long as it's on the back of the bus.

From my conversations with Case I'm led to believe that he became a player focused on gaming candidates rather than focusing on staunch principals.

I'm never seen him as a man who wanted to rid politics of corruption but rather assist a horse to a win. An effective social agent and candidate supporter granted him high status in political circles. In terms of democracy he's been riding for years on the front of the bus in the passengers seat. His fundraising and candidate marketing skills give him extraordinary access.

Few local citizens have the type of priveldged access to people and resources meant to serve all of us. In a sense, he's a supercitizen.

Two major events have taken place this year with Case. There has been excitement at the opportunity to see Case serve in Taney County. Supporters, and there are a few I know of, believe in Case to bring some fiscal accountability and conservative principles to boards where radical liberalism is shielded by loose political affiliations. As Case might say, this is RINO country.

Case's orientation has never been an issue. In fact, most people don't care and really don't want to hear about it. After all, Case helps candidates run for office, generate revenue and hopefully win races. It has little to do with what happens behind closed doors.

This year Case found a lifemate which seems to have changed his focus. His writings of late address gay marriage in the tone of Hillary Clinton who states that LGBT issues are the greatest human rights challenge o our day.

People who go to church more than twice a month are overwhelmingly Republican. The issue of gay acceptance is as much a matter of the church as state.I haven't seen it reported , but I know firsthand of military clergy who've left the armed services because directives instructing religious guidelines passed down from the Obama administration.

Priests have left the military because of strict guidelines on how they're able to deal with issues of sexual preference. Apparently, advising soldiers through an Evangelical lense is now against the law due to new directives. These ministers have left because they believe the new initiatives conflict with their religion. As a sidenote the most recent defense bill backhandedly addresses the issue noting military clergy are not required to perform marriages they don't feel morally able to conduct.

The trends of our nation are moving in Case's direction. A generation rising has little concern for the social issues that ensure social conservative turnout.

Case has stated that he's come out to potentially save lives. I commend Case for this. If he can save the life of a brother, son or neighbor - what could be a better use of power ?

The problem I have with Messenger's Rosa Parks reference is that Case isn't unempowered. The notion is ludicrous.

I have no doubt that Case is experiencing a backlash from members of his community. By community I mean the conservative church he attends and the socially conservative politicians he's helped. But to disavow the fact he's helped raise and empower anti gay marriage politicians seems contradictory to the fact.

Nevertheless, Case is our brother, our neighbor and our friend and his orientation has never been a great mystery it wasn't a notable issue either.
Prepared by: Unknown