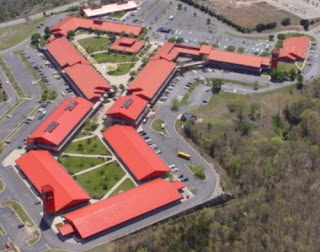 ----
A volunteer  effort staged to educate Branson City hall on the virtues and value of commercial real estate yielded a net gain in negotiations with Branson's mayor and alderpeople.

Tonight, Tuesday Dec. 27, a contract will be presented during a special meeting to expedite a transfer of property from Factory Merchants Mall owners to the city with  $300,000 at closing. The city had initially planned to release Simon Properties from a contract with 9 years before a contract with the city expired.

Simon Property Group provides $129,000 annually for use of the land Factory Merchant's Outlet is built on.

Branson Mayor Raeanne Presley publicly offered to socialize the property for purposes of a new park under protest from Branson's economic conservatives. The city's official stance rapidly changed when local officials learned accepting the offer would immediately require an additional $84,000 annually in insurance fees alone while details of socialization are being worked out including payment to contractors which must be approved through  a slow bureaucratic process.

The Factory Outlet Merchant's aka Red Roof Mall has has an estimated value of $6,400,000. In 2010 the property was assessed at $11,812,000 before the Taney County Assessor James Strahan's office was ordered to drop the estimated value through a Taney County Board of Equalization decision.

Property tax for commercial property  is assessed at 32% of real value with 70% going to school district funding. Value is determined in Missouri by County Assessors using the "Honeycomb Appraisal Process" and under normal circumstances is a calculation of what the building would cost to build at current construction rates minus depreciation. Appeals generally include comparable valuation and/or operating cost calculations considering cash flow into the formula.

The Factory Outlet Mall, if the city plans what appears to be an eminent takeover,  will eliminate a tax liability  of  $101,244 ; $70,000 of which would take directly from Branson's School District.

To further complicate the matter Simon Property also manages the TIFF (Tax Increment Financed) Branson Meadows property. Branson Meadows is  a poor performer when considering the economic success of the Branson Landing and Branson Hill's TIF cash cows. Simon is attempting to transfer tenants to the Branson Meadows. While there may be an apparent conflict of interest; the contract proposed this evening includes a six-month management agreement with Simon to help the existing tenants find new locations.

If all tenants moved to the TIF district,  the city would forfeit an additional $180,000 annually in sales tax.


City officials have signaled they intend to rush the contract through an alternative process rushing a first reading tonight at Branso Council Chambers of Branson City Hall, 110 West Maddux and the mandatory second reading Thus Thursday Dec. 29th at the same location.