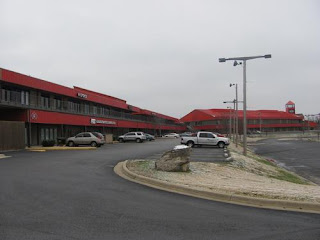 A Mexican standoff stalled City of Branson officials last night during a public meeting that went into private session closed to the public.

The complexity of the arguments presented by real estate professionals, tenants and public leaders afforded city leaders reason to take a break  before a decision can be made on a contract offering a voluntary public takeover by the City of Branson..


The Branson Board of Aldermen held a special meeting Monday evening, December 19, to consider the transfer of property contract and property management agreement with the owners of Factory Merchants Branson on West Highway 76. The meeting
began at 6:20 p.m. in the Council Chambers of Branson City Hall, 110 West Maddux.

The current operator of Factory Merchants Branson, Simon Property Group, wants to discontinue management and  transfer ownership of the building,  commonly known as the Red Roof Mall, to the city of Branson by the first of the year. The property is located on 32 acres of land owned by the city and leased to Simon Property Group.

In a transfer contract is a proposal for a six month management agreement with
Simon Property to work with the current tenants to transition them to other locations like the
Shoppes at Branson Meadows, which is also owned by Simon.

The terms of agreement, liability to the City, value of the property and long term value is being considered.

Currently, under an existing contract,  Simon Property Group owes $1.3 million to the city over the next 9 years.

The city backed off their impulse position of immediate socialization for purposes of the park.
Prepared by: Unknown