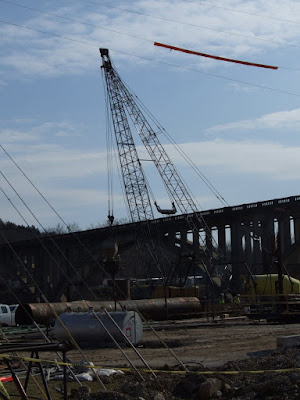 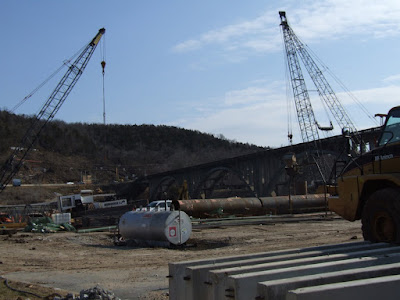 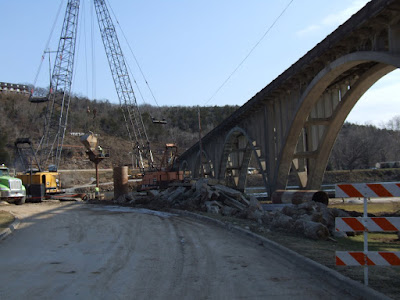 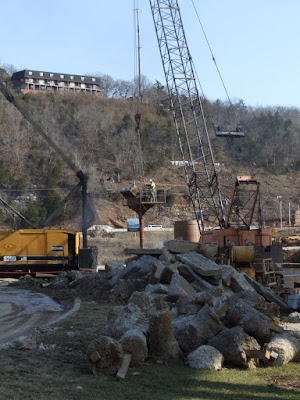 As political races heat up in Missouri the Obama stimulus plan is coming under scrutiny.
The Taneycobama bridge currently being contructed highlights the controversy in congressman Roy Blunt's district.
Taney County and municipal governments agreed to finance the bridge prior to the economic recovery act. The shovel ready projects federal funding negated the fiscal commitment Branson, Hollister and the Taney County Commission agreed to.
On one hand, Roy Blunt along with every other Republican member of congress voted against the bill. On the other hand, when free money was being handed out by the federal government; Blunt, Bond and every other member of the congress fought to get a piece of the action.
Branson's fiscally liberal city council found new ways to create debt even with the major subsidy. Three years of record increases in tax revenue while the rest of the country experienced major declines didn't steer Branson's leadership in a financially conservative direction.
In essence, this is the problem nationwide. The increase in federal subsidies didn't necessarily result in responsible government. Instead, it allowed bloated government bureaucrats to delay trimming the "fiscal fat".
Did it create jobs? Thirteen employees from the Taney County Road and Bridge Department were fired while 13 new jobs were created for the company in Iowa who won the bid for the project.
Republican Congressman have to defend their spending allotment while criticizing the plan as a whole.
Prepared by: Unknown