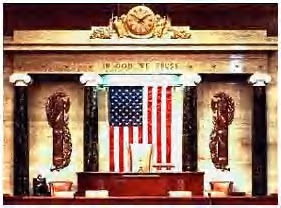 In a city council planning session Mayor Raeanne Presley stated, we
don't have as much power as you think.
The most frustrating element of being a citizen is that people don't
understand the strength, compassion and desire of other members of the
community. A business owner told me the other day that Branson City
Council doesn't care about him, his ideas and opinions. It really
bothered me for two reasons. The first is that he has invested over 2
million into the Branson economy this year and brings with him
experience and good ideas. The second is that he didn't give Branson
Board of Alderman a chance to communicate or prove they care. Though I
may disagree with actions taken by the city government, I believe they
care about the community and want to lead with the citizens interests
in mind. How can they prove their worth if this business owner didn't
take the time to get involved?

The context of my discussion with the Mayor and board on November 20th
during a city planning session was over charitable works on private
property. I expressed frustration because I believe more can be done
to make the community a better place to live and whats lacking is a
communication gap. The Branson Board has taken many steps to close the
gap between Branson's legislature and the public in order to alter
perception. Still, a gap exists. How do we close it so we can create a
better culture for ourselves and our families?

In the two circumstances above I physically acted to close the gap. I
took the time to connect the disconnected parties. It took a lot of
time, however the results were fruitful - the business's felt
empowered and connected and the ability for charities to collect funds
was increased.

The representative democracy of our local government is extremely
powerful individually and collectively. The officials are elected by
the people which means they are authorized, encouraged and appointed
to do the will of the people. The body itself is "fascist." Though
this word has been twisted to mean something other than what it stands
for - the term comes from the "fasces". The picture above is of the
fasces hanging at the capitol. It's origin is Roman. It's a bundle of
sticks tied together with an axe. A stick is easily broken but a
bundle is hard to break. The axe is a weapon - ie defense. The sticks
and axe together are a symbol used to describe our representative
democracy - for the common defense.

Each member of the board has incredible power - perhaps, far beyond
their understanding. Together - their will is done by dictate -
whatever they vote on becomes law. Individually, they have lobbying
power - they have the power to ask the community to help with a cause
and the power they have as a child of a creator.
Taking a few hours to look into and explore my ability to help was an
empowering experience. In the future, I'm going to use the power of my
web presence to communicate my message.
Part of the news writers job is to communicate what the government is
doing thereby enabling them to do their job. I try to take this a step
further by letting Branson citizens gain a better understanding on how
to access their government so they can understand the power they have
as citizens. It's far beyond what most people think.
Prepared by: Unknown