The working document contained below is an attempt to provide an exhaustive record of the attorney's that have worked on the Branson Landing land dispute currently tied up in the court of appeals. The story is complex and developing. To properly understand the case it's important to review the history, players, relationships and legal action. Recently, the court of appeals reversed a Taney County jury verdict granting disputed land to Coverdell. It is anticipated that Coverdell's counsel will ask for reconsideration sometime this week at which time the case is likely to either head back to the circuit court for correction or up to the Supreme Court for review. Over the next week documents revealing case history and in-depth coverage of the players will be posted.


It's been seven years since Empire District Electric initiated a quiet title lawsuit attempting to take a citizen's private property overriding a deed that had been on record for 30 years.

To date, the lawsuit has cost Branson taxpayers millions and promises to pay millions more to some of Missouri's top legal counselors.
Peter Rea is a former attorney and Taney County Judge who was disrobed in 1999.

Property Rea sold on Lake Taneycomo is the source of millions spent in litigation for legal services from  Missouri's top law firms. Rea's son-in-law is the Chief Financial Officer for HCW.  In a sense Rea wins regardless of the outcome of the case.

If the land Rea sold is eventually given to Empire District Electric, they have promised Branson will have the property. If Branson gains ownership through Empire, HCW continues development through a contract with the city and the assets benefit Rea's heir.

Prior to the current Branson Landing property dispute,  Rea successfully battled Empire in the early 1970's as an expert in land/title law for a property owner who owned the land Rea eventually acquired and sold to Douglas Coverdell..

In lieu of cash for legal services, Rea accepted payment in the form of land which at the time was perceived to be of little value. The prior owner believed maintaining the property was more work than the land was worth. Rea cleared the peninsula with the help of a brush hog and continued to maintain the property for decades unchallenged. During the 1970's, with Rea's permission, Branson High School held track practice on the land. At one time the land was known as Peter's Point.

Rea's ownership remained unchallenged for 32 years before Branson leaders would plan a multi-use development project which when completed had an estimated value of $450,000,000.

During the planning stages, Branson leaders would quietly begin purchasing property on the Taneycomo shoreline. Some landowners were paid very little, others, aware that Branson was planning a multi-million dollar project received heavy payouts.

Branson leaders would work with Empire District Electric to complete the lakefront project. In order to secure part of the land, Lathrop and Gage, on behalf of Empire would file a quiet title claim against 8 parties on the northern end of the project keeping the property tied up in the courts until the Branson Landing project was complete.

Empire succesfully tied the land in the court system until the project was completed inking side deals with Branson leaders to ensure the project completion. The side deal included a lease for the minimum acceptable amount the court could legally view as consideration - a buck a year to lease prime lakefront acreage..

The case was tied up for several years before Empire dropped their lawsuit after a frustrated judge disallowed any more continuances. After six years of stalling judgement in court the presiding judge demanded the quiet title case go to trial. Empire immediately dimissed their claim overlooking the fact a counterclaim had been filed. The case quickly went to trial and a Taney County jury ruled Empire did not own the land.

Before Paul Link signed a contract with the City of Branson in 2005 to serve as Branson City Attorney he worked for Lathrop and Gage. Empire District Electric would hire Lathrop and Gage to quiet title on disputed property within the Branson Landing border.

The project was controversial at the time. Branson's current mayor was attempting to build a version of Minnesota's Mall of America and worked vigorously to sabotage Branson's efforts to develop the Branson Landing project.  Sunshine requests made through the current mayor's business partner reveal title issues were creating a problem.

In order to bypass title issues Empire District Electric leased land to the City of Branson on the Taneycomo waterfront for $1 a year. In turn, Branson would lease the property to HCW. The partnership shifted some of Branson's  legal exposure to Empire.

The workaround, a long term dollar a year lease agreement, allowed the city to complete the Branson Landing project without having to settle the land dispute. Ironically, Branson remained a defendant while working with Empire, the Appellate, to acquire the land. At one point all three parties claimed to own the property in dispute.

Over $90 million dollars in loan contracts would represent that the Branson Landing property was not currently in litigation.


John C. Holstein was hired by the City of Branson through one of Missouri's most prominent law firms Polsinelli Shughart. Holstein served 12 years on the Supreme Court of Missouri and as Chief Justice from 1995-1997.

Branson leaders have yet to honor Sunshine Law requests for records of public funds provided for Holstein's services; however, Branson budget reveals $750,000 has been allocated for outside legal counsel this year. Holstein submits bills at an unknown rate.

Holstein entered into the record minutes before a hearing began before the Missouri Southern District Court of Appeals. Speaking on behalf of Branson, Holstein successfully pleaded for judicial activism from the three judge panel to stop execution of a Taney County jury verdict awarding the disputed property to Douglas Coverdell.

Holstein also has the distinction of being Link's father-in-law. While Holstein successfully extended the period of time for the case to be resolved; attorneys close to the case believe he strengthened a parallel case accusing the City of Branson of conspiring with Empire District Electric. Due to the contractual claims that the Branson Landing property was not in dispute, Holstein saved his son-in-law from the potential of serious trouble. On the flip side, if the conspiracy case proves to have merit, the City of Branson may have greater exposure. 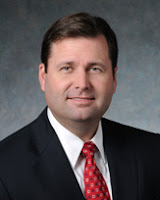 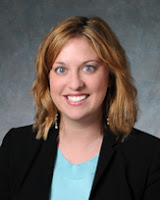 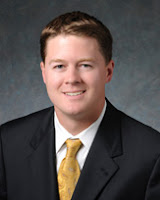 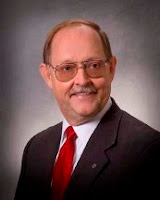