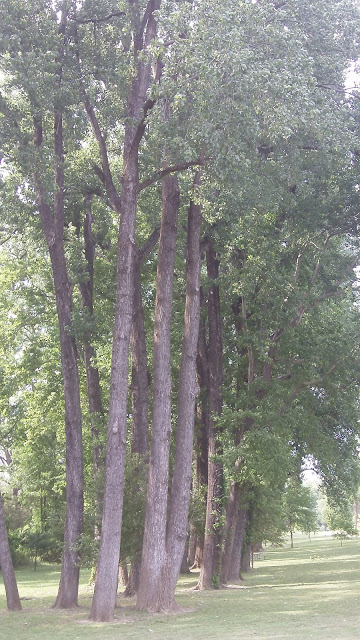 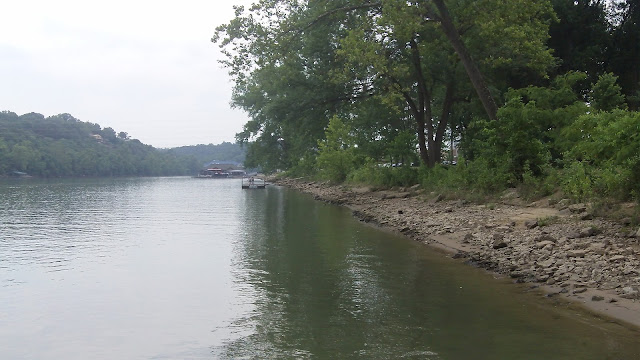 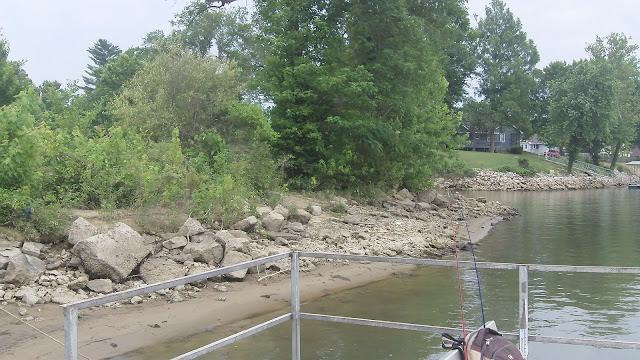 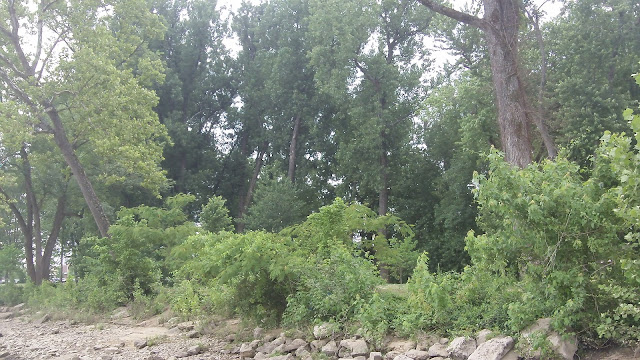 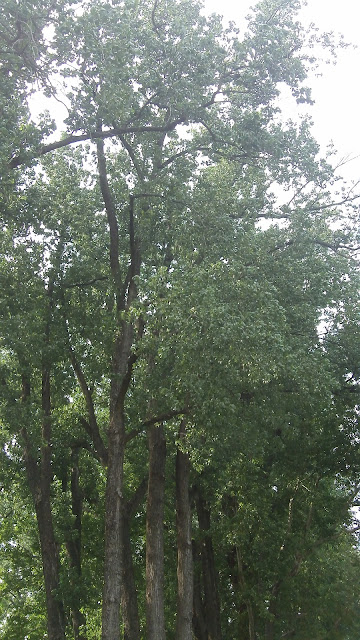 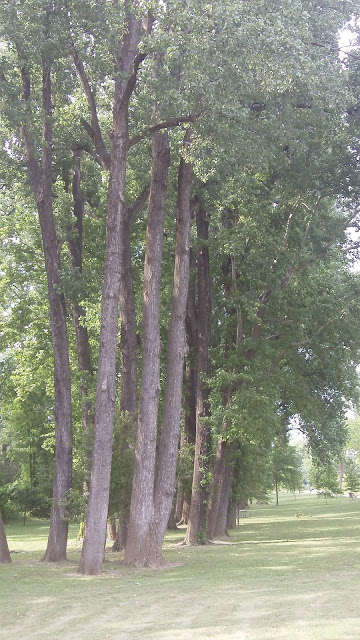 North Beach Park is a small Garden of Eden sitting on Lake Taneycomo in Branson Missouri. Ownership of the property has been in dispute for several years and the City of Branson promised Missouri's Supreme Court will hear the case before ceding to a recent Taney County Jury verdict granting ownership to Douglas Coverdell. The case is currently in the


North Beach inhabits the most diverse and plentiful fishing grounds, is scattered with trees over a century old shading wild strawberry patches. I've spent much of the last 72 hours fishing her water and surveying the land.  After a ruling  just released from the court of appeals Branson is well on their way to the Missouri Supreme Court.

They've argued they want to protect the land, however; with their help every tree on the 40 acres of disputed land has bee cut down. This includes a tree which was honored during the United States Bi-Centennial as a Liberty Tree.

Over the past two years it's been an area of personal interest and study. I've briefed the title history since the piece of land was claimed by the United States, talked to locals and attended court hearings as Southwest Missouri's most powerful players fight for control over what was once considered of very little value.

North Beach Park sits on a peninsula adjacent to the Branson Landing development, a project the local newspapers often remind, is a 450 million dollar property that was built a through Tax Increment financing (TIF). Disagreement over ownership tracks back to a time when the multi-million dollar property was worth $500.

Locals attest the property was transferred to defrocked judge Peter  H. Rea as a legal expense for defending a property owner against Empire District Electric during legal action that ended in 1972.

Why would anyone grant land to a country attorney who was known to provide counsel in exchange for twenty chickens (seems cheaper than acerage) ? Annual floods submerge the land leaving debris and junglesque overgrowth that was painful to manage. Before the Branson Landing was constructed the peninsula was of very little value, the 40 acres submerged periodically as Lake Taneycomo deemed fit..

The landowner figured it was more trouble to maintain than the property was worth. Rea took a brush-hog to the north part of the peninsula clearing the land enough for the Branson High School track team to conduct practice. For the thirty years ownership would be unchallenged until Empire District Electric filed a suit to quiet title on the land. Several other parties, including the city of Branson were sued by Empire District Electric as well.

As the quiet title suit ensued Empire District Electric, the City of Branson and Coverdell (who purchased the land from a distressed Rea) all claimed the own both the park and nearly 40 acres surrounding the land.

Branson claimed to own the property through adverse possession. Eventually, the city of Branson would voluntary dismiss their claim to the property after Empire promised Branson leaders they "couldn't lose" against Coverdell and promised to give the entire property (and a couple hundred more acres) to Branson for a dollar a year. Branson leaders trusted Empire, after all they had the most powerful law-firm in Missouri to ensure victory.

Ironically, the shamed Peter H Rea's family would prosper from the property no matter who won. Rea, who sold his position to Coverdell, has a son in law who serves as chief financial officer for development company HCW.  Before the lawsuit was settled, Branson contracted with HCW to build and manage the Branson Landing. From Empire to Branson to HCW - Rae wins the financial fruits of the property.

Empire's sworn testimony to Branson leaders prompted Branson to pursue the project and let Empire fight off Coverdell. Millions were borrowed from Bear Stearns who sold the note to Banks of America. One of the loans issued a $90 million dollar note holding the property as collateral. Former Branson City Attorney Paul Link inked the property wasn't in current litigation.

The dispute was heard during a ten day trial by a Taney County Jury. Branson's involvement during the jury selection process would come into question before the Missouri Southern District Court of Appeals. Coverdell would argue Branson was listed as a witness to testify, sat as co-counsel, participated in jury selection and had a second attorney appear in the court room audience. Fifty-nine days after the legal time allocated to appeal the jury's verdict city officials pulled a rabbit out of a hat.

Two morals can be derived.
Never underestimate the cost of justice.

Never ever underestimate a father's love.

Former Missouri Supreme Court Justice John Holstein's daughter was Paul Link's bride. Branson leaders allocated $750,000 in outside legal fees much of which was allocated Hostein to halt transfer of land.

Reporters for both the Springfield News-Leader and the Branson Daily News attribute credit to Branson Attorney (one of a dozen with hands on the case) Meadows with representing Branson to the Missouri Southern District Court of appeals this month. Meadows wasn't even present at the trial.

In Baseball terms, Branson sent in Links' father-in-law to pinch hit. Meadows wasn't even at the trial. Holstien entered as representation for Branson minutes before trial, submitted oral arguments and disappeared before the press could cover the courts ruling.

"The jury trial has served us well. It is a marriage of the best of our legal system and of democracy"

Holstein seemed to disappear from the record except for a brief mention of his last minute appearance on the Missouri Southern District Court of Appeals record.

And while the marriage of our legal system with democracy is a virtuous notion; the marriage between a former Supreme Court Chief Justice and a Branson City attorney have successfully annulled the appearance of  unadulterated matrimony.
Prepared by: Unknown