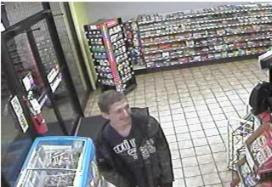 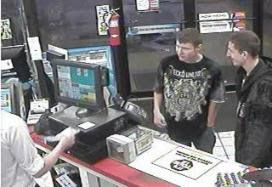 The Branson Police Department is asking for help in identifying two suspects possibly involved in breaking into vehicles in Branson in the early morning hours of April 30th. The thefts from the automobiles occurred in the Branson North Subdivision located off Highway 248 in Branson.

Taken from one of the vehicles was a credit card which was used at several Kum and Go convenience stores in Springfield, Missouri later that same day. The attached photos are of two males believed to have used the stolen credit card.

Anyone having information to offer is asked to call the Branson Police Department at 334-3300 or call the department’s CATCH line at 334-1085.
Prepared by: Unknown