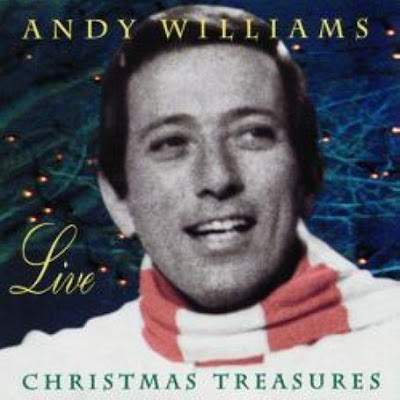 BRANSON, Mo. -- “Mr. Christmas” Andy Williams will usher in Ozark Mountain Christmas as the grand marshal for the Third Annual Holiday Promenade of Stars on the world famous Highway 76 at 10:30 a.m. on Nov. 7.

Branson celebrities, marching bands and floats will follow the 1.4 mile-long parade route beginning at White Water and ending at the Grand Village with a few pauses for stars to perform on stage in front of the Titanic Museum.

“When Ronald Reagan was president he declared that Andy Williams’ voice a national treasure. Here in Branson, we agree that he is not only our national treasure, but also our ‘Mr. Christmas’ in recognition of his traditional Christmas television specials, holiday albums and his annual Christmas show at the beautiful Moon River Theatre,” said Gary Bartlett of Midwest Concerts and Events and parade organizer.

Williams will be returning to Branson to launch his Christmas show and serve as grand marshal for the parade from a national tour promoting his autobiography, “Moon River and Me” and a concert in London.

In addition to Williams, celebrity performances include Cathy Rigby as Peter Pan, the Lennon Sisters, the Osmonds, Tony Orlando, the Spirit of Christmas Dancers, the cast of “A Dickens’ Christmas Carol’ from Silver Dollar City and an appearance by Santa and Mrs. Claus.

Debby Boone and Jimmy Osmond are hosts for the television special and extensive media coverage. The Saturday parade, which officially ushers in the holiday season for the entertainment town, has been labeled the “Macy’s of the Midwest” and will be featured on local and national television broadcasts. The television special will be broadcast Thanksgiving Day and rebroadcast Christmas Day to an estimated 102 million plus households across the nation. In the Springfield/Branson area the parade special will be televised on KSFX Ozarks FOX and Vacation Channel. National broadcasts are on RFD TV and Retro Television Network (RTN). RFD TV is carried on several satellite and cable providers including over 625 independent cable operators to 42 million households and RTN is seen in 17 of the top 25 markets to more than 60 million households on nearly 100 stations in cities such as Pittsburg, Atlanta, Seattle, Orlando, St. Louis and Boston, according to Nielsen ratings.

In Branson KOMC‐FM will present an uninterrupted live broadcast 10:30 a.m. to noon. Eric Marshall will be the host of the radio broadcast.